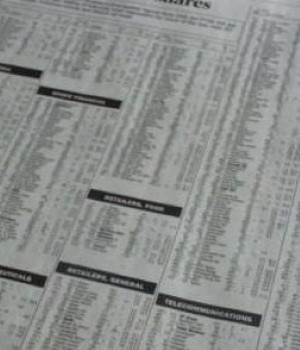 What can affect share prices when investing in stocks?

Investing in shares can be a very profitable strategy to make money, but with this comes some risk. In order to be aware of some of the threats to your investment, read our guide on what can affect the shares of businesses on stock exchanges, such as the FTSE 100.

Putting money into companies' shares has long been considered a shrewd move as you can make a good return on your cash when the firms' profits increase.

However, there are a number of things that could encourage people to sell their shares in the business and this will result in prices plummeting, which would directly affect the amount of cash you can make.

One of the biggest things that that will impact share prices is an economic downturn, as the amount of finance held within the nation will have an impact on firms registered in that country. Many people might be concerned that their stocks will lose cash and therefore are likely to sell them before this happens, which in turn will cause the values of share prices to decline.

This could cause a problem if you are one of the people who don't sell fast enough and are left with shares that have dropped significantly in price.

However, it doesn't just take the fragile state of a country's economy to result in falling share prices, as any number of smaller events may cause the same to happen.

Other economic factors, such as interest rates, currency fluctuations and gross domestic product figures are likely to cause movement in stocks. Investors might find low bank rates encouraging as they are intended to help the nation's finances improve and will hold on to their shares as they envisage the value increasing in the long term. However, others may see declining base rates as off-putting as it looks as though the country is not recovering quickly enough, which may result in them selling their stocks and causing share prices to drop.

Company results play a big part in how their shares are faring and if their financial results are positive, it is likely that their stock prices will rise, whereas poor figures could lead to a fall in value as investors begin selling their assets in the firm.

Any change that a business makes is likely to have an impact on the share prices, whether good or bad. If a new chief executive officer (CEO) takes charge of the firm, for instance, this could result in a rise or fall in share prices.

Some people might see the move as a positive step, in which case more of the company's shares will be bought and the price will rise. Others may consider a new figure as a risky strategy and sell their shares before profits in the firm potentially fall and they get less for their investment. The more people worry about the risks of a CEO, the more chance the share prices will drop.

Likewise, if the firm launches new products or has a re-branding, many investors might see this as a risky change as they may damage the relationship the company already has with consumers and returns could falter as a result, which will leave some investors interested in selling their shares before this happens. Or, they could be successful and help the company boost its profits, encouraging investors to buy into the business.

It is not just the alterations of the company that could affect its share prices, but also the changes its competitors implement. If a rival business launches a new product that becomes successful, this could encourage more people to move their shares investments to the opposing firm.

Similarly, if a competitor seems to be doing better, more investors might put their money into this firm, affecting the share prices of its rivals.

For this reason, it is important to keep a close eye on stock exchanges and financial results to see how well all the businesses in the sector are faring, as their share prices could affect the stocks you've invested in as well.

However, there are some events that have an impact on share values that cannot be predicted. Natural disasters, for instance, often damage companies' profits and therefore people move quickly to sell their shares before the impact is fully realised. While you cannot foresee these occurrences, you might want to weigh up your options of selling shares to avoid them losing value or sticking with them and sell them when they rebound.

There are many ways to reduce the risk of investing in stocks, but before you put money into shares it is worth asking whether you're interested in long-term investments or making cash quickly. If you opt for the former then buying when prices are low could be a good idea as profits are likely to rise, while selling before prices crash and moving to another business could be an astute move in making you a considerable profit too.