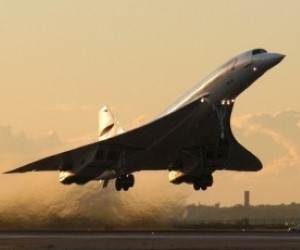 Going on holiday is a luxury that many people are struggling to afford in the current economic climate. While online sites give travellers the chance to choose the cheapest flights, hotels and excursions to make their holiday money stretch further, we’re still all trying to save as much cash as we can. So when every penny counts, why add to the cost by taking out travel insurance?

Not just for the worst case scenario

To the uninitiated, travel insurance is there for the worst case scenario – an injury abroad. But in fact travel insurance isn’t just there to cover medical bills (which if you don’t have insurance can be astronomically expensive, especially if you have to arrange for a medical flight home). It can also cover lost luggage, documents and the costs you can incur if the airline has to cancel your flight. Travel insurance isn’t an option – it’s a common sense ‘must have’.

The message still isn’t getting through

But despite the obvious advantages of making sure you have travel insurance before you fly off on holiday, it seems that the message still isn’t getting through to many travellers. A poll carried out in 2010 by the travel association ABTA, showed just how many people don’t bother to take out travel insurance.

ABTA’s figures showed that nearly 20% of travellers do not take out any travel insurance cover. There was also considerable ignorance of the facts concerning who would pick up the bill if an uninsured traveller fell ill abroad. Around 16% thought that in the event of a medical emergency the government would pay for treatment and repatriation if they didn’t have travel insurance, and 26% of younger travellers thought that any medical and related expenses would be funded by the Foreign Office. The fact is that the Foreign Office will not pay for medical treatment or repatriation if you’re taken ill abroad – you do. And that could work out to be far more expensive than a one-off travel insurance policy costing just a few pounds.

Surely I don’t need insurance if I’m holidaying in the UK?

Perhaps the most surprising findings of the ABTA poll was how few people take out insurance when they’re holidaying at home. An astonishing 55% of people thought that they didn’t need any form of travel insurance while taking a vacation in the UK. This is despite the fact that luggage can still go astray on internal flights or when you’re travelling by train, and that hotel bookings can get mislaid, leaving you out of pocket and without a room for your break.

For the 17% of travellers that told ABTA they thought travel insurance was unimportant, the message is clear. It may well be unimportant – until things go wrong. The problem is that people see it as an additional expense on top of what is already a costly investment. But the fact is that travel insurance is still extremely cheap, particularly if you’re only taking out a one-off policy for your annual holiday. Travel insurance can cost as little as £20 for a trip abroad, but that insurance is a tiny fraction of the costs you’d have to pay if you had an accident, lost your luggage or documents or were the victim of a theft. So you can say ‘why bother’ and cross your fingers, hoping that nothing goes wrong. Or you can pay out the equivalent of a small meal for two in a taverna and relax, safe in the knowledge that if the worst does happen, you won’t be facing a huge bill when you get back home.