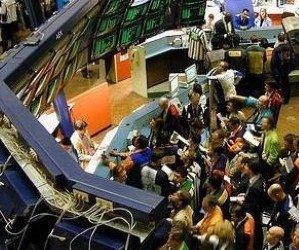 The causes of the 1987 stock market crash

The 1987 stock market crash marked the end of a five-year 'bull' market which saw the Dow Jones Industrial Average rise from 776 points in August 1982 to a high of 2,722.42 points in August 1987. On Monday, October 19, 1987, often referred to as Black Monday, stock markets around the world crashed, dropping a huge value in a very short time. The crash began in Hong Kong and spread west to Europe, hitting the United States after other markets had already declined by a significant margin. The Dow dropped by 508 points to 1738.74 (22.61%).

What were the real reasons for the crash of 1987?

According to an article that appeared in Time Magazine last year on the 25th anniversary of the crash, some of the main causes of the 1987 crash were new and untested financial instruments deployed in the market by computer programs. In addition, it was the first modern economic crash to be a truly international phenomenon, as it spread from New York across the globe almost instantaneously. Finally, the crisis of 1987 coincided with Alan Greenspan taking over the Federal Reserve.  Greenspan’s attitude towards crisis management and regulation greatly influenced the 2008 panic.

It’s impossible to pin down for certain the cause of the ’87 market crash, but the most important ingredient was an overvalued stock market. The years leading up to the crash had seen incredible gains in the market. In addition to an overvalued market and deteriorating macroeconomic environment, there were two main triggers that led to an initial market break on October 17 and then a more-than 20% decline in the S&P 500 a couple days later on the 19th.

One reason was the rumor of imminent interest rate hikes in defense of the dollar by the new Fed chairman. The other cause of the crash was legislation filed by the House Ways and Means Committee that would have eliminated tax breaks on debt used for mergers and acquisitions. Tax laws figure very prominently into valuations of companies, and this caused investors to reconsider the value of their holdings.

But one of the main reasons this market correction turned into a full-fledged crash was the arrival of new, complex financial instruments on the scene especially the concept of hedging risks by using a derivative called a stock index future which was tied to the value of stocks that make up the S&P 500 and other indexes.

Money managers used these index futures as a means of hedging their portfolios through the use of computer programs that would automatically sell index futures if the market declined. But these new techniques hadn’t been tested in volatile conditions. The automatic selling of the computers, combined with the efforts of other traders to take advantage of spontaneous declines in the market, helped create an atmosphere of panic which eventually led to a tremendous loss of wealth. The 1987 crash spread internationally in “a matter of hours,” and was quickly a global phenomenon.

Written and Submitted by fxacademy.com, a leading Forex Trading Academy, that cover all of the most important topics in the Forex world.