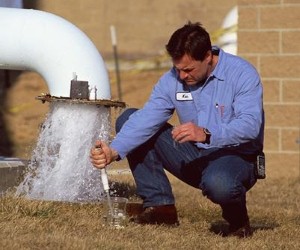 Water and sewerage bills 'to stay in line with inflation'

Consumers will see their water and sewerage bills rise in line with inflation this year, Ofwat has revealed.

Highlighting that this is some ten per cent lower than companies had asked for, Ofwat made the decision to keep bills broadly in line with inflation in 2009.

This came into effect in 2010 and is set to keep prices stable until 2015 in England and Wales.

Ofwat chief executive officer Regina Finn notes that companies will be investing some £22 billion over this period to improve services – the equivalent of £935 for each household.

"This will deliver real benefits to consumers – from almost ten million people's water supplies being better protected from events such as flooding to cleaner rivers and beaches," she comments.

Recently, consumer watchdog Which? suggested that people need to feel rises in energy prices are fair.

Its comments come after British Gas announced profits of £724 million for 2010.

Use the Myfinances.co.uk comparison site to keep your bills low