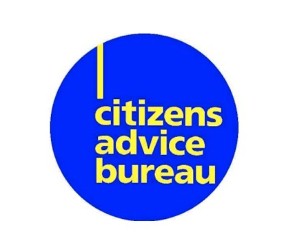 The CAB is encouraging payday borrowers to fight back

The Citizens Advice Bureau (CAB) has encouraged payday loan borrowers to make an official complaint to the ombudsman if they have been treated unfairly by a lender.

The CAB has stated that in 76 per cent of 665 examined cases over the first six months of 2013, individuals had the correct grounds to make a complaint. These included 20 per cent of cases that were possible examples of fraud, where an individual was being chased for a loan they had never taken out. Over a third of cases involved lenders using continuous payments without warning.

The Financial Ombudsman Service (FOS) aims to solve disputes and can even order lenders to correct any wrongful activity. This means borrowers may be potentially entitled to large amounts of compensation that they are not aware of. CAB chief executive Gillian Guy said: "Consumers can fight back. If you are struggling to pay back the loan, CAB can help you sort out a reasonable repayment plan and if you make a successful complaint to the FOS you could find you get a refund for an unauthorised payment or compensation for unfair treatment."

In total, out of the 160 complaints about payday loans that were made to the FOS between April and June 2013, 72 per cent of them were upheld in the consumer's favour.

The FOS has suggested that many will not make complaints because they fear people knowing they took out a payday loan, but encourages anyone to come forward in order to make other potential victims aware of any pitfalls.
Russell Hamblin-Boone, chief executive of the Consumer Finance Association (CFA), said: "We encourage customers of CFA members to make direct contact with their lender if they feel that they have been treated unfairly or to arrange a payment plan to help them through a difficult financial period."

The Office of Fair Trading recently investigated into the payday loan industry, eventually referring it to the Competition Commission.