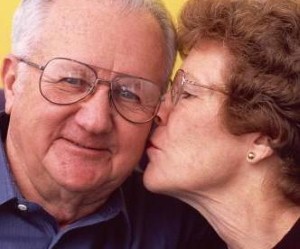 One in seven to rely on state pension

Frequent warnings about the importance of saving for old age are having little effect on a significant number of Brits, as one in seven (14 per cent) claim they are going to be entirely reliant on a state pension.

The shocking figure was released by Prudential UK and came alongside a number of other worrying statistics that indicate a dangerous lack of knowledge about the state pension among people in the UK.

According to the survey, which was conducted by Research Plus last year, the average person will rely on the state pension for more than a third (36 per cent) of their income in their twilight years.

Despite the fact one in seven Brits plan to retire on the state pension alone, more than a quarter (23 per cent) of people retiring this year overestimate the amount they will get by more than £600 a year, while ten per cent of participants confessed they have no idea how much it pays.

To be classified as living above the pensioner poverty line, retirees need to be earning more than £8,524 a year. The research uncovered a significant gender divide, with 21 per cent of women preparing to retire below the poverty line as opposed to just 14 per cent of men.

Around 18 per cent of people expect to live off a yearly income less than £8,000, with the state pension accounting for an average of 36 per cent of a retiree's income.

Vince Smith-Hughes, retirement income expert at Prudential, acknowledged that while the state pension represents a valuable source of income for reitrees, it does not provide enough to allow people to keep their current standard of living.

"Against a backdrop of rising living costs, the basic State Pension alone is not nearly enough," he said. "While it's a very valuable source of additional income for millions of pensioners, the State Pension should ideally only represent a part of someone's retirement income, not all of it.

"While it's a very valuable source of additional income for millions of pensioners, the State Pension should ideally only represent a part of someone's retirement income, not all of it.

"Relying on the State will see many people retiring below the poverty line this year, which shows the importance of building up a personal pension. Virtually everyone with the option of a company pension should take advantage of that, and the tax relief and employer contributions that go with it."

Prudential reminded people they would be better off to start saving as early as possible for their old age, and should see a financial adviser or specialist if they are unsure of how to do this.