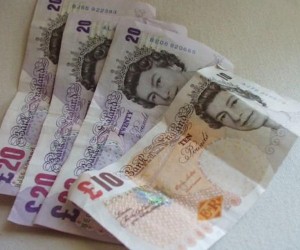 A quarter of UK consumers making claims for mis-sold payment protection insurance (PPI) did not know that the companies acting for them take a fee, new research reveals.

According to figures from Which? and MoneySavingExpert.com, the fees charged by claims managements companies (CMCs) are normally around 25 per cent plus VAT.

And many potential claimants are put off from claiming themselves because they believe the process of claiming back their money is too complicated.

Only half of the 2,000 people polled were aware that using a CMC would be no more successful than making the claim themselves.

And just over a quarter of people said the main reason that they would use a CMC is that they themselves would not know how to make a claim.

But more than half of people who have used a CMC to get back mis-sold PPI said they would be unlikely to use one again, with the biggest complaint concerning value for money.

Some 93 per cent of consumers surveyed had seen or heard adverts about claiming back PPI, while 65 per cent said they had received phone calls from CMCs about PPI and 55 per cent had received text messages.

Which? and MoneySavingExpert.com are today due to hold a PPI summit with major banks and credit card providers with the aim of restoring trust in the reclaiming process. A separate meeting with CMC representatives is to follow.

Richard Lloyd, Which? executive director, said: “Many people have told us that free online claims forms, letter templates and helplines would help them to make a claim themselves, so we want to see action.”

The consumer groups believe that a typical payout for a successful PPI claim is £2,750 and by handling the claim themselves a consumer could save the £825 fee that would otherwise have gone to a CMC.