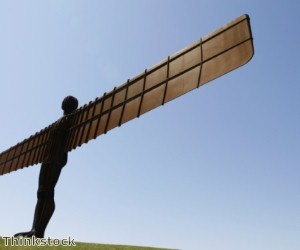 New research from ratings agency Standard & Poor’s (S&P) indicates that the risk of getting into mortgage arrears for UK homeowners has increased over the last year, particularly in the north of England.

Similarly, the proportion of homeowners who owe more on their home than it is worth – who are in negative equity – increased over the 18 months from the second quarter of 2010 to the fourth quarter of 2011.

S&P discovered that the number of property owners in negative equity increased from 3.6 per cent to 5.6 per cent but that the rate for homeowners in the north of England was 8.5 per cent at the end of the fourth quarter in 2011.

The research indicates regional variations in both the housing market and the wider economy in the UK, with the north of England bearing the brunt of the negative effects.

S&P warned that rising negative equity is often a precursor to more problems such as the ability to refinance and to clear the mortgage eventually.

The areas with the lowest mortgage arrears in England are the south-west and East Anglia, both with 3.1 per cent of homeowners behind on their mortgage payments. Wales and the North-east at 4.3 per cent are behind the area with the highest rate of arrears, the north-west at 4.7 per cent.

By contrast, just three per cent of homes in London and the south-east are in negative equity and just 3.7 per cent in Scotland.