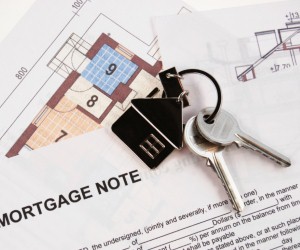 Mortgage lending fell in February, according to the BBA

Mortgage lending has continued to decline as low interest rates allow households to overpay their mortgages, according to the latest figures from the British Bankers Association (BBA).

Mortgage lending fell by £100 million in February after posting a £400 million fall in January.

Loans to small businesses also fell in February. Businesses outside of the financial sector were able to access £1.8 billion less credit in February. In the six months previous that the Funding for Lending Scheme has been in operation, businesses lending fell by an average of £1.3 billion.

Howard Archer, chief UK & European economist at IHS Global Insight, said: “The renewed and appreciable drop in net lending to non-financial companies in February reinforces concern that the FLS is so far failing to have any material impact in lifting bank lending to companies.

“About the best that can be said is that the monthly drop in lending averaged £847m in the first two months of 2013, which is essentially half the average monthly drop of £1.65bn in 2012.”

These figures are still well below historical normal levels. The average number of mortgages granted per month since 1997 has been 54,640.

The figures also raise a question mark over the effectiveness of the Bank of England’s Funding for Lending Scheme (FLS), which allows banks and building societies to borrow at reduced rates on condition that they pass on the lending to individuals and businesses.

Although the scheme got off to a slow start from its beginning in August, recent data and a number of cheap mortgage deals, first of all for borrowers with large deposits, but more recently also for first-time buyers, suggested that the scheme was having a positive impact.

The average rate for a two-year fixed rate mortgage for a borrower with a 90 per cent loan-to-value (LTV) ratio fell from 5.93 per cent when the scheme first started in August 2012, to just 4.58 per cent in February.

However, the first review of the FLS scheme by the Bank of England said that up until December the 13 active banks who participate in the scheme lent £1.88 billion less than they borrowed. Ten of the 13 lent more than they borrowed but the overall figures on lending fell into negative territory due to Lloyds, RBS and Santander who kept more than they lent.

The BBA said that mortgage lending increased by just 0.1 per cent over the past 12 months.

Ashley Brown from mortgage broker Moneysprite said: “Growth in net mortgage lending has fallen to negligible levels – up just 0.1% in a year.

"Stubbornly low levels of confidence are biting into people's attitude to money, with many more of us saving rather than borrowing.

"This is despite the Funding for Lending Scheme's success at unblocking the credit pipeline.”

"However, it remains hard to see house prices making a decisive move upward in 2013 given the still difficult and uncertain economic environment.

“And the slip in mortgage approvals in February reported by the BBA data is a reminder that periodic relapses in housing market activity and prices remain highly possible.”