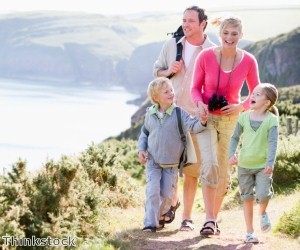 The High Income Child Benefit Charge (HICBC) applies from Monday 7th January and HMRC is warning claimants that they need to decide whether they should stop receiving Child Benefit before this date.

The new rules mean that if a taxpayer or their partner’s income exceeds £50,000 then the charge will apply.

The new rules state that if a taxpayer who receives the benefit has an income of more than £60,000 the charge is 100 per cent of the amount of the child benefit, meaning that those taxpayers will not receive any benefit.

Lin Homer, HMRC's Chief Executive, said: "Over 155,000 people have already decided to stop receiving Child Benefit. There is easy to use information and a calculator on our website which will help families come to a decision."

HMRC says that people who are affected need to decide whether to stop receiving Child Benefit and not pay the charge or continue receiving it and pay the appropriate charge through Self Assessment.

However, in a damning assessment of the new tax, the Institute of Fiscal Studies (IFS) has criticised the complicated and "incoherent" rules surrounding the new policy.

The IFS says that more than a million families will lose £1,300 annually because of the changes and warns that this number will increase because as people earn more money more will be affected by the new tax as the limits of when the HICBC applies are not set to increase. The government has no plans to raise the threshold above £60,000.

Robert Joyce from the IFS said: "The number who will lose at least some child benefit will just increase indefinitely as you go further and further into the future."

So far the Treasury has sent out 750,000 letters to taxpayers who they believe could be affected warning them that they either need to opt out or complete a tax form. So far, just 182,000 have chosen to stop receiving the benefit.

Treasury Minister David Gauke said that HMRC will claim back any benefit paid out to people who are found to be ineligible and that he is happy with the response despite just 15 per cent of people potentially affected choosing to opt out so far.

Meanwhile the TUC has condemned other changes to Child Benefit. It has published a study entitled Child Benefit: a bad case of neglect? which claims that families with two children will be more than £1,000 worse off by the end of 2015 because of the government’s decision to freeze and then cap child benefit.

At the moment all families receive £20.30 a week for the first child and £13.40 for each subsequent child in a benefit that is worth £1,752 for a couple with two children.

Before this families will have child benefit frozen for three years from 2011 and in 2014-15 and 2015-16 Child benefit will rise by just one per cent.

'Many low-income households face even greater losses in the near future as a result of George Osborne's refusal to keep child benefit in line with RPI. Cutting the value of benefits for families means those in greatest need will get less, with the poorest children suffering the most.'