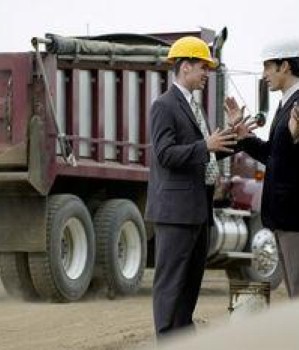 Contractors must consider the 24-month-rule when making submissions to HMRC.

The 24-month rule is something most people have come across, but many will admit they do not fully understand what it is. However, it is particularly important and must be taken into account  if you are considering claiming tax relief on your expenses.

Simply put, the 24-month rule allows you to claim travel costs as tax deductible expenses between your permanent residence and a temporary client address, as long as you do not reach or expect to reach two years working at the same site. When this is the case, the transport between the site and your home is deemed to be ordinary commuting and so is considered to be private travel.

As an example, if you expect to carry out work lasting 18 months on a particular site, this is said to be a temporary workplace and so travel expenses can be claimed. However, if you are informed after 15 months that the contract is to be extended by a year, this takes the total period over 24 months and is categorised as private travel.

Even though in this instance you are less than three-quarters of the way through the two-year period, as soon as you become aware the work is to last more than 24 months you are deemed to be a permanent employee by HMRC and should make no further claims.

Contracts that are originally scheduled to last longer than two years but are cut short can only be claimed for after this alteration and this cannot be backdated. If an assignment is planned to last three years but after a year it is decided to cut the total to 15 months, only the final three months can be classed as travel to a temporary place of work. The 12 months prior to this are still classed as private travel and cannot be subject to retrospective claims.

Complications can arise regarding the definition of a temporary workplace. For example, if you have enlisted the services of an umbrella company, the likelihood is you will be working for short periods of time at several different sites.

For the purposes of HMRC, a site is considered as new as long as it is sufficiently different to the previous one. The new location must have a significant effect on the journey you have to make and also the cost of this journey. If the journeys to and from the places remain constant in terms of distance, time and cost – as occurs when all sites are within a one mile radius of a city centre, for example – they would all be said to be permanent and expenses cannot be claimed.

The 40 per cent rule

In some cases, you may see the figure of 40 per cent included in comments regarding the 24-month rule. This is because HMRC uses this as a barometer to consider if a worker's place of employment is permanent. If the worker has spent, or is likely to spend, 40 per cent or more of his or her working time at a particular workplace over a period that lasts, or is likely to last, more than 24 months that workplace is not temporary but permanent and travel between that place and home will be ordinary commuting and so not deductible. Even with a significant break during the 24 months, if a person has spent more than 40 per cent of their time at a certain workplace it will be classed as permanent.

It is worth remembering that umbrella companies can help you deal with a variety of financial matters and keep on top of expenses, leaving you free to focus on your work.