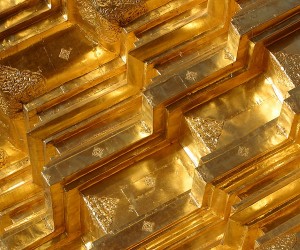 Gold holds its value against inflation

Karl Rogers, former investment broker and Senior Spot Trader at City commodities broker, Tullett Brown explains why gold could be a better investment alternative for your retirement than a traditional pension.

The word ‘pension’ never seems to be far from the headlines at the minute. Pensions were obviously the cause of the recent industrial action at the end of 2011, whilst pensions were also at the heart of George Osborne’s autumn statement last year as the news that the rise in the state pension age to 67 was to be brought forward to 2026 from 2034.

Indeed the days of your pension maintaining a particular type of lifestyle when you retire are well and truly over. It has come to be accepted that retirement brings frugality.

Most pensioners are struggling to make ends meet today simply because the inflation in the economy is so high that monthly pension payments cannot keep up with the higher prices of basic goods and services. This is something that the public sector strikers are passionate about. If you consider that if you start work at 16 and retire at 65 then you will have a career lasting 49 years. Inflation will change a huge amount over that time.

Precious metals retain their value in spite of inflation. In fact the value of precious metals is often at its highest during a struggling economy. For example if you had 1 oz of gold (value of $35) in 1970, you could have purchased a tailor-made suit. The same amount of gold today will still buy you a tailor-made suit. However, $35 today probably wouldn’t cover the cost of the buttons.

For instance at the beginning of 2004 if you were a 62 year old and wanted to make another £16,000 before you retired and were putting away £4,000 per annum for your pension, it would take you until the end of 2007 to reach your target. However in that period if you were investing £4,000 per year in gold instead, you would have 62.28 ounces of gold worth £28,800 giving you a mean saving of £7,200 a year, meaning you could hit your target around early 2005, saving you nearly two years on your retirement age.

Obviously over time the price of gold will change and other areas of investment may be more fruitful. However, given gold’s strength against inflation, it should be considered more seriously as an alternative to pensions to give you a secure future.