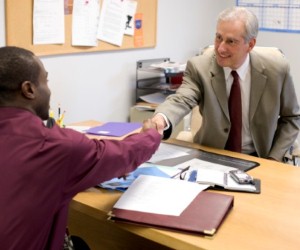 First-time buyers numbers are at their highest for six years, according to a review of the first six months of 2013 by Halifax.

A 19 per cent upturn in first-time buyers since last year suggests that the government may be succeeding in its attempts to get the cogs of the housing market whirring.

Craig McKinlay, mortgages director at Halifax, commented: "The increased availability and reduced pricing of higher loan-to-value mortgages introduced over the past year or so have clearly contributed to the number of first time buyers rising to a six year high.

"Government schemes, such as New Buy and Help to Buy, are also enabling more first-time buyers to enter the market."

He added though that first-time buyers are still scarce by historic standards.

However the financial crash saw average mortgage payments reach 50 per cent of disposable earnings, far out of the reach of many buyers, driving numbers down.

But in recent years mortgage payments have dropped notably, now standing at just 27 per cent, well below the long-term average of 36 per cent, which has helped encourage buyers back.

House prices paid by first-time buyers do still remain above the long-term average when compared with average earnings though, which may account for why numbers have not risen more.

The average price shelled out by first-time buyers in early 2013 was 4.26 times average gross annual earnings, way above the 3.23 average over the past 30 years.

Halifax's Generation Rent Report found that as many as a fifth of non-homeowners aged between 20 and 45 have already given up on the prospect of owning a property.