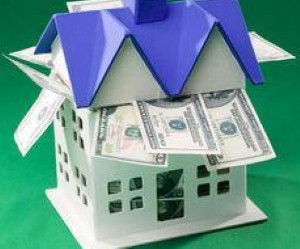 Mortgages are the cheapest they have been for 15 years, but only if you can get one.

Recent research from the Halifax shows that mortgage repayments as a percentage of net income are at a 15-year low.

The research shows that mortgage repayments now take up just 26 per cent of the average homeowners take home pay, the lowest level since 1997 and down by nearly half from the peak of the housing market in the summer of 2007 when they accounted for 48 per cent of household spending.

Even in London, where property prices are so high, mortgage repayments have fallen from a peak of 56 per cent of net income, to 35 per cent.

This is all well and good if you have a mortgage, but getting one has never been more difficult than in the last three years.

This is because lenders have covered themselves for their own past mistakes that helped cause the financial crisis of 2007 and the consequent credit crunch.

The period when first-time buyers could confidently hope to negotiate loans of 100 per cent or more of the value of their property, confident that prices will keep on rising as they did in the ten years to 2007, are gone.

Lenders have tightened their criteria for borrowers and many banks and building societies have been building up their capital buffers in case the euro debt crisis escalates.

This has led to the average deposit required for a first-time buyer to rise to an average of 20 per cent, compared to just ten per cent in 2007. In fact today, the Council of Mortgage Lenders (CML) announced some good news for first-time buyers that the average deposit has fallen to below 20 per cent for the first time in more than three years. It is now down to 19 per cent.

So, the combination of tighter lending rules and the doubling of the required deposit has made life very difficult for first-time buyers.

Mortgage repayments as a percentage of net income are at a 15-year low because base rate has stayed at a record low of 0.50 per cent since March 2009.

The Bank of England moved to protect homeowners and the property market in the aftermath of the financial crisis by cutting base rate.

This has helped stabilize the property market and ensured that house prices have only fallen by around ten per cent in the five years since the peak.

As a result of a low base rate, many homeowners came off expensive fixed rate and took advantage of low standard variable rates or tracker deals that follow the Bank of England base rate.

Batten down the hatches

However, as consumers as well as businesses try to shelter from big financial commitments in a troubled economy, this has meant a slowdown in the property market.

Mortgage approvals are roughly half the level they were in 2007.

Household incomes have stagnated in the past few years due to low salary increases and high inflation. The squeeze on household income is the worst since the depression of the 1930’s. This means homeowners do not want the expense of a move and are sitting tight rather than re-mortgaging.

The government has tried to kick-start the property market through various initiatives. Project Merlin was launched to much fanfare in 2010 and set a lending target of £190 million for 2011.

The banks ostensibly met this target, but the problem, tacitly admitted to by the Bank of England and the government is that the funds have not got to small businesses or first-time buyers.

Banks have looked after their own interests, perhaps unsurprisingly following the credit crunch and EU regulations that force banks to hold certain levels of capital.

In March this year, the Prime Minister, David Cameron, launched the NewBuy scheme and although some banks have supported this such as Santander, NatWest and the Halifax, it has not been very successful in helping first-time buyers.

At the time of launch, Stewart Baseley, Executive Chairman of the HBF said: “NewBuy will help thousands of people to meet their aspirations to buy a new home, freeing up the housing market and helping first time buyers and those unable to take the next step on the ladder.”

However, the rates charged by lenders have not been as competitive as hoped. Santander offered a three-year fixed rate mortgage for 4.99 per cent for first-time buyers with just a five per cent deposit, the best of the NewBuy deals, but Halifax’s two-year fixed rate deal charged 5.99 per cent and a £999 fee.

If they prove they have done this then they will get the chance to borrow more money below market rates.

Specifically, the scheme allows banks to borrow up to five per cent of their stock of existing lending at just 0.25 per cent for up to four years if they increase their lending.

This seems like a win-win situation, but once again, banks seem risk-averse and reluctant to pass these savings on to first-time buyers, though there has been a raft of excellent new product launches for homeowners with plenty of equity.

The Bank of England has so far pumped £375 billion into the economy through quantitative easing (QE). Although not aimed specifically at the mortgage market, the policy is designed to allow lenders to increase lending.

There has been plenty of criticism that the bond-buying programme has lowered annuity rates to the detriment of people approaching retirement about to buy an annuity and savers fear that QE leads to higher inflation, but so far it has not had a positive effect on mortgage lending to first-time buyers.

First-time buyers will always have to pay a premium on borrowing rates because the banks consider them to be more of a risk as they own less of the property.

However, like other types of borrowers, FTB’s have to assess whether they like the security of knowing what they will be paying for a specific number of months or whether they want to take advantage of low base rate and track their mortgage to the Bank of England rate. It is unlikely base rate will go up before 2014.

The latest deals show there is not much in it. The best two-year fixed rate deals come in from First Direct and Hanley Economic Building society at 4.29 per cent with fees of £999 and £900 respectively.

All of these five mortgages require a first-time buyer to have a ten per cent deposit.