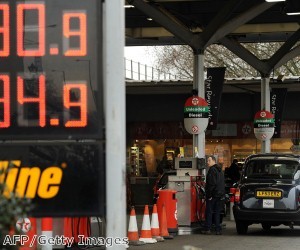 Labour is trying to force a vote in Parliament on Monday to postpone the planned 3p a litre rise in fuel duty that has already been postponed from August to January.

Mr Balls wants the duty rise to be postponed until at least the end of April.

Shadow Chancellor, Ed Balls is leading the campaign saying that household finances are already under enough pressure and that a further postponement will help families in the period immediately after Christmas when money is tight.

Writing on the PoliticsHome website, Mr Balls said that a concerted economic recovery was still in the balance despite the positive one per cent growth in GDP seen in the third quarter and that families, businesses and pensioners are still feeling the squeeze.

He argues that a further postponement will help to boost consumer confidence and aid spending which in turn could boost the economy.

Mr Balls said: “At a time when the cost of living is rising, our recovery is fragile and this out of touch government is giving 8,000 millionaires a tax cut, it cannot be right to hit middle and low income families and small businesses with another tax increase.

“That is why Labour is calling on the Chancellor to cancel January’s planned 3p rise in fuel duty – at least until next April. We will put this to a vote in Parliament on Monday and I hope MPs from all parties will stand up for their constituents and back our call.”

Mr Balls wrote: "There is a growing problem with some employment agencies forcing workers to become employees of an umbrella company.

"They then falsely inflate the worker's travel and food expense claims, reducing tax and national insurance, and pocket the avoided tax as profits.

“Even if only a proportion of that money was recouped it could pay for the fuel duty rise to be put off until next spring."

At the time of the previous postponement, the Chancellor, George Osborne said that the loss to the Treasury was being funded by extra departmental savings.

The Treasury said that the postponement of earlier duty rises means that petrol is now 10p a litre less than it would otherwise have been.

Labour will use one of its opposition day debates in Parliament to force the vote, which will be non-binding.