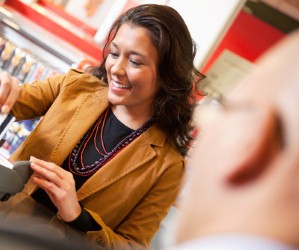 Consumer confidence has risen to its highest level since April 2010

Consumer confidence across the UK has risen to its highest level since April 2010, according to the latest GfK NOP Index.

The Index, which is carried out on behalf of the European Commission, had seen confidence jump from -27 in April and -22 in May to -21 in the past month (July 2013). These figures are a further rise from the -26 recorded across the entire first quarter of the year. In total, this is a marked improvement from the 2012 average of -29.

Industry analysts have suggested that this boost in confidence has come from consumers re-assessing economic forecasts and generally being more positive about where the future lies. Looking specifically at how individuals felt about the health of the UK economy, the outlook for the next 12 months increased by seven points and was actually an increase of 21 points when compared to July 2012.

In a statement, IHS Global Insight said: "Along with elevated employment, the marked rise in consumer confidence in July boosts hopes that consumers will spend at a healthy clip in the third quarter and help the economy build on its improved second quarter performance, despite the squeeze on purchasing power currently coming from inflation running well above earnings growth."

The statement further suggested that the extended good weather and the string of British sporting success may have also contributed to these figures in July, while the royal birth may further bolster confidence in the August data.

It was not completely good news however, as consumer opinion of making purchases fell by one point in July. It is important to note, however, that this index is still five points higher than it was in June 2012. Furthermore, overall consumer confidence is still markedly lower than the lifetime (1974 to 2013) average of -9.