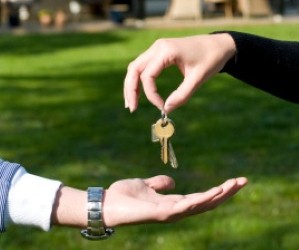 The start of 2013 has seen more first-time buyers getting on to the housing ladder than at any time since 2008, according to the latest data from the Council of Mortgage Lenders (CML).

The CML reports that 16,400 loans were advanced to first-time buyers in February, up from 15,900 in January, an increase of three per cent and up by 17 per cent on 12 months ago.

First-time buyers now account for 43 per cent of all new mortgage loans, the sixth month in succession that this percentage has been above 40 per cent. By contrast, lending to existing homeowners in February fell for the third consecutive month, down by four per cent on January to just 21,500 remortgage loans.

Analysts believe the government-backed Funding for Lending Scheme (FLS) has helped increase the number of competitive mortgages available to first-time buyers, the data shows that there is around a third more mortgages available since the FLS was introduced in August 2012. The government backed this up last month by announcing further initiatives to support the housing market in the budget.

Its ‘Help to Buy’ scheme, introduced on April 1st,first-time buyers with just a five per cent deposit can take out an equity loan from the government for a further 15 per cent to get access to mortgages normally available to borrowers with a 20 per cent deposit.

The second scheme, which starts in January 2014, the government will guarantee up to 15 per cent of a mortgage.

"We hope that the new initiatives announced by the government in the 2013 Budget will further stimulate first-time buyer activity but also help those 'second steppers'  looking to move into a new or existing home."

However, the some of the new initiatives announced in the budget will not take effect until 2014 and some experts believe that by increasing the demand for property without building new houses to add to the supply, the schemes could fuel a new housing bubble, raising prices and making it even more difficult for young people to get on the property ladder.

Howard Archer, Chief UK & European Economist at IHS Global Insight said: “Government initiatives announced in the budget to lift mortgage lending and boost housing activity will not take effect until 2014, when a firmer – albeit still limited – recovery in the housing market seems probable assuming that the economy is improving gradually.

“Indeed, there is concern that the “Help to Buy” scheme could eventually fuel a housing price bubble, but we suspect that is unlikely given extended muted looking growth prospects. However, it is something that policymakers would need to keep a close eye on.”

Peter Spencer, the Item Club's chief economic adviser said: "We expect it to boost the number of housing transactions, particularly at the lower end of the market."