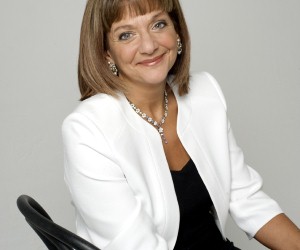 Official data from the Office for National Statistics (ONS) shows that around 100,000 people stopped paying into a company pension last year.

This means that there are now just 2.9 million employees paying into a company pension scheme, the lowest figure since 1953.

The ONS said that it is the first time since records began that less than three million UK employees have been actively saving for retirement in a private capacity.

The ONS reports that the number of employees paying into so called “gold-plated” final salary pension schemes fell in 2011 and 2010 as more companies close generous but costly pension schemes.

There was also a fall in the number of less generous defined contribution pension schemes.

Pensions experts believe that the main reason people are leaving pension schemes is because under intense financial pressure since the credit crunch, people are looking to make monthly savings.

She said: “People have lost faith and trust in pensions. It is clear that workers are valuing pensions less and less, and companies are offering them less and less.”

Ms Altmann is calling for a radical revamp of the pensions sector so that the product is designed more for people’s needs and less based on what suits the pensions industry.

She even thinks the name has negative connotations and may entice people to save for their retirement if pensions were renamed to something like “lifetime funding” or “tomorrow’s money.”

Ms Altmann says that people are put off from pension saving for a number of reason including affordability, complexity and a fall in confidence and trust in pensions across the country.

Meanwhile, Joanne Segars, the chief executive of the National Association of Pension Funds said that the “ongoing slide in pensions saving was “deeply worrying.”

She said that: “squeezed household budgets and the weak economy mean that many people see a pension as a luxury rather than a necessity”.

Pensions experts believe that the introduction of auto-enrolment cannot come too soon. A total of 11 million people will be auto-enrolled into a private pension scheme by 2018. The first auto-enrolment schemes will begin next month.

Under auto-enrolment, workers will save up to four per cent of their salary each month and this will be doubled by a three per cent payment from employers and a further one per cent from the government, though initial contributions will be smaller as auto-enrolment becomes established.

But, it remains to be seen based on current views on pensions whether the new auto-enrolment scheme will encourage more people to save into the new pension schemes.
Steve Webb, the Pensions Minister, said that one in three people are expected to opt out of the scheme.

If this turns out to be the case it will mean a big increase in pensions saving, reversing the trends seen over the past 15 years.

Mr Webb said that auto-enrolment is “the biggest boost to pensions for over a century”.

“This will turn out to be one of the most radical things that this Government does, following on from the legislation of the previous Government. It will mean that millions of people for the first time will have a pension of their own, with an employer contribution.

So much of what we have to do in Government at the moment is just awful and horrible so it is good to be associated with something that is positive and very good and could even be popular.”