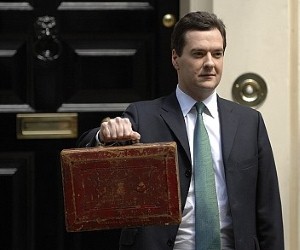 The consensus on George Osborne’s budget this week from the UK public appears to be that it will not make much of a positive impact on their finances.

The only really positive response was to the government’s decision to raise the income tax threshold to £10,000, with 88 per cent welcoming the rise.

Clare Francis, Editor-in-chief at MoneySupermarket, said: "Household finances are taking a battering from all sides at the moment, and while the Government may seem to be giving with one hand, they are also taking away with the other through other tax increases and benefit cuts. This means that people are no better off, and as our poll shows, people are feeling this."

More than three quarters, 77 per cent say that savers have been forgotten and 37 per cent believe middle-income families will benefit the least.

76 per cent of consumers say that the Chancellor does not understand the financial fears of ordinary people.

65 per cent of consumers say that there financial situation has got worse since the coalition came to power in April 2010 but 58 per cent say that the situation would be as bad or worse under a Labour government.

Respondents were not impressed with the decision to knock off 1p a pint from beer duty, with 29 per cent opposed to the move, whilst 54 per cent of parents described the new childcare tax relief scheme as “too little, too late”. Parents say they need help now rather than in 2015.

Michael Ossei, personal finance expert at uSwitch.com, says: “Homebuyers and small businesses may be jumping for joy following this week’s Budget, but most of middle England has been left stuck in the mud.

“For many, the Government simply hasn’t done enough to help households cope with spiralling cost of living. What is somewhat depressing is that most consumers don’t feel a change in Government would make any difference to their finances – leaving them feeling trapped in a financial cul-de-sac.”