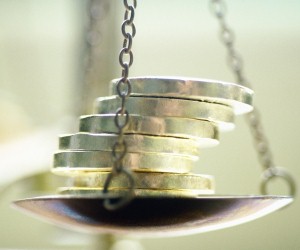 Budget 2013: How does it affect your wallet?

The Chancellor, George Osborne has delivered his fourth budget in parliament today and has announced support for the property market, a cut in beer duty, the suspension of the fuel duty rise and the raising of the income tax threshold to £10,000 from April 2014.

Other headline announcements are that Corporation Tax will be cut to 20 per cent from 2015, employers will be exempt from paying the first £2,000 of National Insurance and the freezing of public sector pay at one per cent for each of the next two years.

We run through the main measures of today’s budget and reveal what impact the budget will have on your finances.

Often overlooked is the fact that Mr Osborne said today it will then go up by the rate of the consumer prices index (CPI) measure of inflation each year thereafter. This means the increase would be £280 based on the current level of CPI which was confirmed yesterday as 2.8 per cent for February 2013.

Inheritance tax has been frozen at £325,000 despite a previous pledge that it would rise to £329,000 which would have been the first increase since 2009 and it will be frozen for a total of ten years, to 2019 at the earliest.

The government is also planning to end 'progressive pay' which sees pay increase automatically each year. The armed forces will be exempt from this.

From April 2013, the allowances will be frozen and the extra allowance will not be given to anyone who reaches 65 after April 5th 2013. This was in last year’s budget and was known as the “Granny Tax”.

Most other working age benefits will rise by below the level of inflation, just one per cent except certain disability benefits.

Jobseekers allowance will go up by just 71p a week, to £71 and maternity, paternity and adoption pay will also be capped at one per cent.

Child benefit changes have already been announced and mean that families with one parent who earns more than £50,000 will lose some benefit tapered until all benefit is lost at £60,000.

Child benefit pays £20.30 a week for the first child and then £13.40 a week for each child after that and this rate will not go up for the next 12 months.

Working tax credits and child tax credits will go up by one per cent for each of the next three years starting in April 2013.

The Chancellor announced a number of new measures to help boost the housing market and along with exempting employers from the first £2,000 of National Insurance the ‘Help to Buy’ scheme was perhaps the biggest surprise of the budget.

The Help to Buy scheme expands upon the existing NewBuy scheme and will offer £3.5 billion over three years to supplement homebuyers who can put down a five per cent deposit.

It will be used to add a further 20 per cent deposit on their property. The loan will be interest-free for five years and is to be repaid when the property is sold. Crucially, the scheme is available to all property buyers up to a limit of £600,000.

Additionally, to expand upon the Funding for Lending Scheme (FLS), a new mortgage guarantee scheme will be launched in 2014 which will run for three years and will offer guarantees to lenders so that they are less concerned about the small deposits. The lender can buy this insurance from the government and can then claim back any money those lose.

The Chancellor hopes this will be the support mechanism for £130 billion of lending. It will also apply only to properties worth less than £600,000.

The bank is to have its remit changed so that it has a longer time-frame to set inflation targeting so that the central bank can be more flexible if it needs to be in policy to promote growth.

The bank will be required to explain and talk with the Chancellor about the minutes from their monthly meetings and provide more explicit forecasts about future policy.

There will also be more scope to use unconventional monetary policy instruments to achieve their aims.

Most government departments will see their budgets cut by two per cent over the next two years on top of the three per cent that was announced in the Autumn Statement. Only health and education will be ring-fenced from total new cuts of £11.5 billion that will be provided in more detail in the spending review announcement at the end of June.

Savings from the government’s current budget will be used for capital spending on infrastructure to help boost growth.

The Chancellor today outlined plans to extend this spending which was due to expire in 2015-16 for another five years at £3 billion a year.

There will be support for the shale gas industry with tax relief available for businesses involved in early exploration and for North Sea Oil decommissioning.

The UK’s commitment to spend 0.7 per cent of GDP on international aid will be kept.

Tax-free childcare vouchers worth £1,200 per child will be available and there will be more support for families with children on universal credit who will be able to claim subsidy vouchers for each child under five from Autumn 2015. This will be available to all parents earning up to £150,000.

Tax-free childcare vouchers, worth £1,200 per child, will be on offer, along with increased support for families with children on universal credit.

One surprise in the budget that managed to avoid being leaked was a new Employment Allowance that gives each employer a £2,000 exemption on their National Insurance bill. This is a move that will help small businesses particularly.

George Osborne claims it would take 450,000 small businesses out of NI altogether.

Acknowledging the increased cost of commuting tax-free annual season ticket loans from employers will be doubled in value to £10,000.

In a widely anticipated move the planned 3p-a-litre fuel duty rise scheduled for September 2013. It will cost the government £1 billion a year in extra duty and VAT. The postponement of fuel duty increases has saved the average motorist £7 each time they fill up their tank, according to Mr Osborne.

There was some good news if you like a pint of beer in a pub. In a move designed to help the struggling pub industry a planned 3p rise in beer duty has been cancelled and a 1p per pint cut is to be introduced.

Planned increases for all other alcohol will go ahead. Alcohol and tobacco go up by two per cent above inflation but beer will be taken off this for good.

This will begin in April and be paid by firms that own high-value residential properties. For example, an annual tax of £15,000 will be levied on properties valued at between £2 million and £5 million.

Savers have had a disappointing budget because the FLS scheme has been extended which will mean that banks have less need to use high rates to entice savers to invest.

Measures have been announced to allow workers to be able to trade in some of their employment rights in return for a share in the company.

Self-employed workers are to be given help in that individuals and partnerships with cash levels of less than £77,000 will be able to choose a new cash accounting reporting system to help simplify tax reporting obligations for small businesses.

Corporation Tax will be cut to 20 per cent from April 2015 helping the UK to have the lowest level of business tax of any major economy in the world. CT is down from 28 per cent when the coalition came to power.