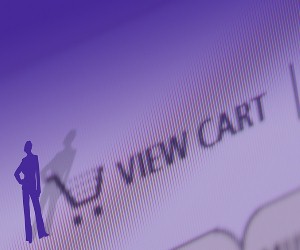 The BRC attributes the increase in online shopping, in part, to better websites and better delivery times.

Almost one in five non-food items were purchased on the internet last month, according to a survey undertaken by the British Retail Consortium (BRC).

There was also a 19.2 per cent increase in online purchases from 2012, which is the fastest hike in four years.

However, UK retail sales in total only rose by 0.4 per cent on a like-for-like basis. The BRC believes that the figures represent a "respectable overall result".

Online trading in general represented 18.6 per cent of total non-food sales in December 2013, an increase from 16.5 per cent in the last month of 2012.

Helen Dickinson, director general of the BRC, said the fact that retailers had invested in their websites and improved delivery times had helped boost online trading.

Ms Dickinson highlighted mutlichannel offerings by some retailers as a key trading factor over Christmas.

She said: "This Christmas we've seen innovative retailers using click and collect and other approaches to make a virtue of both their website and their physical shops. And that's something we see growing in importance."

According to Ms Dickinson, overall sales figures were in line with the BRC’s prediction that Christmas trading in 2013 "would reflect that while confidence levels were higher than the previous year, this wasn't always matched by more money in pockets".

KPMG’s head of retail, David McCorquodale, conducted the survey for the BRC. He noted that internet sales had experienced a significant boost in the run up to Christmas. He added:"Retail sales growth is being driven by the click of a mouse, rather than the ring of the tills.”

The BRC’s survey also revealed there had been a 0.6 per cent decline in food sales over the past quarter.

Trading reports from some of the UK’s largest supermarkets on Thursday (January 9th) showed that sales suffered as competition in the sector increased.

Like-for-like sales for Morrisons fell 5.6 per cent in the six weeks to January 5th. Tesco also revealed a 2.4 per cent reduction during the Christmas period.

The online boom was clearly evident in late 2013, with many high street chains expanding their internet offerings and some retailers reporting record figures for online purchases.