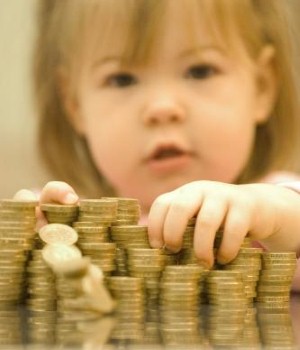 Are CTF holders worse off than those with JISAs?

Are JISAs the better product?

When the government announced that Child Trust Funds would be closed to new applicants, HMRC predicted that around 1.2 million children would have children's ISAs taken out on their behalf by their parents to fill the gap.

However, new figures have shown that just 72,000 were taken out in the first five months of their launch. Despite the slow take-up of JISAs, many parents who hold CTFs on behalf of their children have criticised the government for not allowing them to transfer to JISAs, claiming that their children are at a disadvantage.

One such parent is Rosamund Jordan, who launched an e-petition on the subject that has garnered more than 5,217 signatures.

While the take-up of Junior ISAs has been slower than expected, the complaints from the aforementioned parents show that they are attractive products. Slow take-up of new financial products is common place, especially in austere economic times such as these.

The question is, are children of parents with CTFs worse off than those who qualify for JISAs?

Below, we explore both sides of the case

CTFs and JISAs share many similarities. Both allow parents to save in a tax-efficient way for their children and both allow you to save cash or invest in equities.
The maximum annual allowance for both products is the same and neither allow the child to access the funds until they turn 18.

While both are tax-efficient vehicles, it is important to note that tax assumptions are subject to legislative change and the value of any tax relief will depend on your personal circumstances. It is important therefore to consult an independent tax adviser to learn more.

With regards to equity-based investments, it is important to remember that the value of equities can go down as well as up and past performance is not indicative of future performance and you may get back less than you originally invested.

So, if the two products share many similarities, why are some parents upset that they cannot transfer their CTF to a JISA?

Those parents who have complained claim there are fewer products for them to choose from, meaning that should they wish to transfer from one CTF provider to another, they will have limited choice.

Rosamund Jordan, who started an online petition on the subject, had this to say to the Daily Telegraph:

"The competition aspect bothers me the most. Why should some children be allowed to choose their investment from thousands and others have just a handful of options?"
Other complaints centre on the higher rates of interest paid by JISAs and the lack of an incentive for CTF providers to innovate their products. Indeed, critics have pointed to evidence on CTF and JISA providers' websites showing better rates for JISAs and much more information on how they work.

Financial secretary Mark Hoban, when pressed on the question of why parents cannot transfer from CTFs to JISAs, had this to say on the subject:

"The market continues to grow steadily and, so long as CTF account holders continue to exercise their right to switch accounts where appropriate, there will continue to be an impetus for providers to compete."

He added that the majority of children would see little or no benefit from being able to transfer from a CTF to a JISA.

The right to switch accounts is an important one. While CTFs may be closed to new applicants, there is still an incentive for providers to make their products as attractive as possible.

More than six million children hold CTFs, which is a significant number. As a result, it is in providers' best interests to offer appealing rates. Indeed, there are some very attractive rates available – the key is to shop around and look for them.

The government has said the issue of whether those with CTFs should be able to transfer them to a JISA will remain under review, so the situation may change in the future.
As things stand, there is not enough conclusive evidence to suggest that those with CTFs will be worse off than those with JISAs.

There may be more JISA products on the market and there may be instances where interest rates are more attractive, however, with six million people holding CTFs, it is unlikely that providers will neglect them in favour of a product that has been taken out by just 72,000 people.