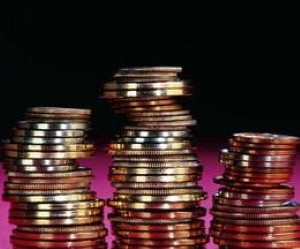 The bank predicts that global GDP will grow by 3.2 per cent in 2014 because of a boost from developed economies.

The World Bank believes the global economy is at a “turning point”, as it forecasts stronger growth for 2014.

In its annual report on the world economy, the bank notes richer countries appear to be “finally turning a corner” after the financial crisis in 2007. The bank has predicted this will support stronger growth in developing economies.

However, the bank was warned that growth prospects "remained vulnerable" to the impact of the withdrawal of economic stimulus measures in the US.

The US Federal Reserve has already begun to wind down its monthly bond-buying programme, which was previously set at $85 billion (£52 billion) a month.

There are concerns that this withdrawal could push up global interest rates, which may affect the flow of money in and out of developing countries. This could lead to more volatile international finance markets.

The World Bank has issued a warning advising that some developing countries “could face crisis risks” if the winding down of stimulus measures was accompanied by market volatility.

Mr Kim believes that the performance of advanced economies is now gaining momentum, and this should support stronger growth in developing countries in the months ahead.

The bank predicts that global GDP will grow by 3.2 per cent in 2014, which is up from 2.4 per cent in 2013. Much of the boost is being generated from developed economies.

Andrew Burns, World Bank economist, told the BBC that Brazil, Turkey, India and Indonesia were among the countries that could be vulnerable to the impact of US stimulus withdrawal.

He also noted that when the Federal Reserve took its first real steps taken to cut back its programme of buying financial assets last month there was no severe disruption to the markets.