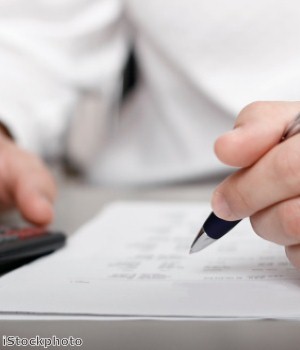 Implications of the 24 month rule

There is plenty of confusion surrounding the legislation related to contractors, and the 24 month rule (or two year rule) is no different. While most people are aware of the 24 month rule, many are confused as to how it works – particularly when it comes to what happens to allowed travel expenses under this legislation.

Essentially, contractors are permitted to claim travel and accommodation expenses as long as their workplace is classed as a temporary site by HMRC. The organisation sets out that a workplace that an employee attends for the purpose of performing a task of limited duration or for some other temporary purpose is a temporary workplace.

However, in addition to this, there is a rule that prevents a workplace from being categorised as a temporary workplace when the worker attends the site for a continuous period of work that either lasts for 24 months, or is likely to last for this long. If this applies to the contractor, the workplace becomes a permanent one.

When it comes to what constitutes a period of continuous work, HMRC considers this to be a period over which the duties of the employment are performed to a significant extent on that site.

So how do you work out if you are performing work tasks to a significant extent, or one that is lesser? While this does seem somewhat subjective, it is advised that contractors work out whether they have spent, or are likely to spend, 40 per cent or more of their working hours at that particular location over a period that lasts, or is likely to last, more than two years. If this is the case then the workplace is considered permanent rather than temporary, and as such, their journey to work would be seen as an ordinary commute rather than a special journey demanding expenses.

In addition, a contractor may assume they are bypassing the rule by visiting a number of different workplaces. However, if the change of workplace has no significant effect on the employee’s journey to work, these different locations can be treated as the same workplace for the purpose of the 24 month rule. So, if the contractor changes their workplace from Cardiff to Edinburgh, for example, this would be recognised as a change of workplace. However, if they were just moving to the office next door it would not.

When deciding whether a change in workplace needs to be recognised, the employee should look at the journey they have to make to work and their travel cost – if either of these have changed significantly then their change of workplace could be recognised.

But what happens if there is an unexpected change in contract that would see the employee breach the 24 month barrier? If they originally agree a 36 month contract, they know from the beginning that travel expenses cannot be claimed. If the contract is originally 18 months, for example, then pending other condition, travel expenses could be claimed. If this contract is then extended to a 36 month one, the employee must stop claiming from the point they know their contract will go on beyond 24 months.

What’s more, if the individual has previously claimed expenses to the same location but under a different arrangement, this needs to be considered when it comes to the 24 month rule. Merely moving umbrella company will not allow the contractor to continue to claim expenses, as the rule takes into account the actual location the work is taking place at rather than the company used.