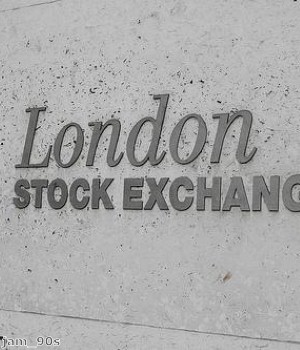 Analysts have suggested London's blue-chip index will rise throughout the forthcoming tax year.

As we enter the 2013-14 tax year, a number of experts from within the financial industry have begun offering their predictions as to how the FTSE 100 market will behave in the coming 12 months, so are there any stellar trends we should be aware of?

While it is important to know there are no real guarantees when it comes to stocks and shares, we may be able to derive some indications as to how the blue-chip index will perform this year, which may then provide a sound basis on which to come to some conclusions that could well return profits.

The FTSE 100 increased by 6.5 per cent throughout the calendar year of 2012, closing on January 31st at 5897.80 points. As a result, leading firm Legal & General Investment Management predicted in December 2012 that the index would surge by a further eight per cent in 2013, breaching the 6,400 point threshold sometime towards the end of the calendar year.

However, growth from the second half of 2012 continued in earnest after the turn of the year and the FTSE experienced its most successful January since 1989, advancing by 6.4 per cent and taking itself above 6,300 points.

Following this, stock market analysts from Citigroup soon revised its growth targets and suggested at the beginning of February that the index would add at least another ten per cent by the end of the year – taking it above 7,000 points.

This would represent an all-time high figure for the FTSE, beating the 6,930 point mark that was reached in 1999. There has also been further support within the financial industry for the positive forecast, with Goldman Sachs suggesting the blue-chip index could top 7,200 before the year is out.

The investment banking firm said it expects the index will continue to rise steadily, driven forward by a weak pound and expectations the Bank of England will introduce further quantitative easing during the coming tax year.

Declining sterling generally conspires to drive the FTSE higher as almost two-thirds of earnings generated by companies listed on the index are made abroad. Furthermore, 45 per cent of firms pay dividends in US dollars.

What does this mean for investors?

If you're investing in stocks and shares, then you will be aware that some FTSE 100 companies can buck the trend and even if the index as a whole is soaring, it is possible for share prices in individual firms to drop dramatically.

However, it is possible to secure a profit if you expect the market to rise in the coming months through spread betting. What is spread betting I hear you cry? Well, click here for more information, but simply put, the process allows you to place bets on the movement of individual shares, commodities, currencies or whole markets.

As a result, you do not need to provide the significant initial outlay required to invest in the stock market usually, but you can secure large profits as your stake is multiplied by the movement of the market, meaning you are able to generate a large return on a modest initial investment. However, it is important to be aware that the market could move against your predictions, potentially causing you to make large losses.