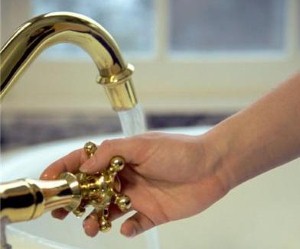 Water bills across the UK will increase by 4.1 per cent in the coming year.

The average price rise has been set at 1.1 per cent over inflation – measured on the retail prices index (RPI) in November when it was three per cent.

Regina Finn, chief executive of the regulator Ofwat, which set the price rises, said: “No one wants to see bills increasing, particularly in tough economic times.

“Further investment was vital, but we needed to strike a balance with keeping bills down. Our work has kept customers’ bills around £100 lower than they would otherwise have been.”

However, the impact of the new charges will vary for individual household customers depending on the company that supplies them and whether or not they have a water meter.

Dame Yve Buckland, chair of the Consumer Council for Water, explained when the price increase structure was established in 2004, it was thought one in ten households would struggle to meet high charges.

However, she warned the economic crisis was set to increase this number.
“Any price increase will be a concern for customers in the current economic climate, and we recognise that many customers may struggle to keep up with these bill rises,” she said.

“We have been pressing the government to address the issue by providing more help through the tax and benefits system for customers struggling to pay their water bills, and we are working actively with the government’s current review of charging and affordability of water.”

Dame Yve added: “Customers have told us that they are unhappy with year on year above inflation price increases, and since we were set up in 2005, we have called for water companies to give something back to consumers from their profits.”

Price changes for Water Only companies