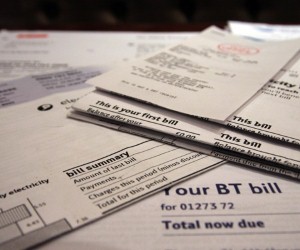 The average householder in England and Wales could be paying slightly less for their water bills in 2015.

Water industry regulator, Ofwat, has just announced its decision on price limits, which determine how much sewage and water companies can charge in the next five years.

It means the average customer in England and Wales should be paying £3 less in 2015, before inflation is considered.

Currently Ofwat’s rulings mean the average bill payer is forking out £343 a month, but in five years time this will be £340.

Ofwat said that compared to what companies actually asked for, its ruling will mean prices are 10 per cent lower by 2015.

Regina Finn, chief executive of Ofwat, said: “We’re allowing companies to invest more than ever before, £22 billion. We’re making sure it’s invested in the right place, at the right time, for the right price.

“Everyone will see real benefits from these proposals.”

The regulator said its decision would see the equivalent of £935 invested per property in England and Wales. This will be used to make improvements and ensure water supplies are safe and reliable.

Ms Finn added: “We will now make sure the companies deliver on their promises. If they don’t we’ll take action to protect customers.”