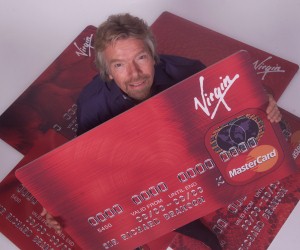 Virgin Money is planning to upgrade its own credit card business after agreeing to buy £1 billion worth of assets from credit card provider MBNA.

It will look to increase its presence as a major personal finance player in the UK market by taking back its credit card business to run in-house. It is currently managed by MBNA, a subsidiary of the Bank of America.

Former Mastercard chairman, Lance Weaver will lead Virgin Money'c credit card business in a deal that is expected to be completed by 2014.

The move marks the first time that Virgin has become involved in credit cards and shows their resolve to become even more of a player in the personal finance market.

It is expected to launch its own current account by the end of 2013 in a move that will see it take on major high street banking giants in the UK.

Following its acquisition of the failed bailed-out bank, Northern Rock in 2011, which raised its banking profile on the high street, Virgin Money now aims to get further involved in the UK retail banking sector by increasing its share of the UK credit card market.

Virgin Money already has its own credit cards which it has been running in partnership with MBNA for the last ten years.

The new deal will mean that Virgin Money increases its market share as it takes over around one-third of MBNA’s credit card assets with the remaining assets staying with MBNA, although Virgin Money did not rule out acquiring these assets at a future date.

Virgin Money said that there will be no change to terms and conditions for customers or to prices for customers who already have a Virgin money credit card.

Jayne-Anne Gadhia, chief executive of Virgin Money, said the move was a sign of the bank’s plans to grow the bank and inject fresh competition into the UK market.