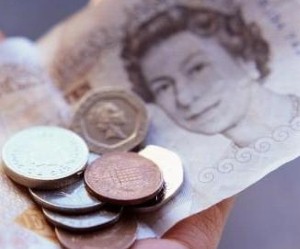 A new report by TUC has revealed that the overall pay packet in the UK is £52 billion less in 2012, compared to when the global financial crisis hit in 2007.

In total, workers in the UK were earning around £690 billion just before the recession began in 2007, with this figure falling by 7.5 per cent to £638 billion in 2012, despite a small rise in the number of people working.

This has occurred due to real wages falling as average earnings are outpaced by inflation and many people changing the type of job they are doing in the same period.

Many people have suffered payfreezes or even cuts and many employees have had their hours and overtime cut.

Only the top five per cent of earners have seen real wage growth of more than one per cent.

Rather than a north/south divide, the report hows that people in the west of the country have fared worse than those in the east of the UK.

When looking geographically, the most drastic fall in pay packet was in the north-west of England, shrinking by 10.6 per cent, whilst the West Midlands, south-west and Scotland also did not fare so well at ten per cent. Only the top five per cent of earners experienced real wage growth above one per cent.

Employees in London fared best, with the average employee only seeing wages drop by 3.9 per cent.

The TUC has directed these problems towards three key reasons: wages have been falling to keep up with inflation, people are working less hours, and many well-paid jobs in the public sector have been replaced with lower forms in the private field.

TUC general secretary Frances O'Grady said: "Over the last five years, people have taken a massive hit in their pay packets, while millions more have had to reduce their hours or take lower paid work. Many people have lost their jobs altogether. Britain's shrinking wages are hitting people's living standards, holding back businesses and damaging our growth prospects. Britain desperately needs a pay rise."

As more and more households feel the financial pressure, this may cause major problems for businesses in the future, as consumers are less willing to spend money, whilst less will be saved for retirement, says the TUC.