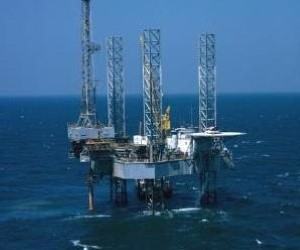 The city of London has warned that the UK is in danger of slipping into an unprecedented triple-dip recession after industrial figures showed that factory output is at its lowest level for 20 years.

To be classified as a triple-dip recession the UK economy would have to contract in the final quarter of 2012 and the first quarter of 2013.

Economists believe that the first part of this chain of events is likely to unfold with the UK economy expected to contract in the fourth quarter of 2012 after the latest figures.

Last week, as the Chancellor, George Osborne gave his Autumn Statement, the Office for Budget Responsibility (OBR) downgraded economic growth forecasts for 2012 and 2013, but still predicted that after contracting in the final quarter of 2012, the economy will grow slowly from early 2013. However, the OBR has been criticsed in the past for its overly-optimistic forecasts and the government will be hoping that they have got it right this time.

Michael Saunders, UK economist at Citibank, said : "Early data suggest the UK is heading for a 'treble dip', with GDP shrinking again in the fourth quarter of 2012. We expect the economy will continue to underperform the OBR's forecasts in 2013-14, leading to further sizeable revenue shortfalls and deficit overshoots."

Markit chief economist Chris Williamson said: "Judging by the official data that we have seen for the fourth quarter so far, notably retail sales, trade and industrial production, the UK will struggle to avoid a renewed downturn in the economy after the brief return to growth seen in the third quarter.

"While a dip back into contraction may prove mild and short lived, the concern is that any new downturn will not only put further pressure on the UK's AAA credit rating but also provide a further set-back to a much needed improvement in business and consumer confidence."

The Prime Minister, David Cameron, on a visit to a Jaguar, Land Rover Plant in Solihull, West Midlands, warned that the manufacturing sector was short of skilled workers and that the UK could learn lessons from Germany in how to develop an appropriate workforce for modern industry.

The Prime Minster made his comments as official data showed that manufacturing data fell by 1.3 per cent in October and was down more than two per cent from 12 months ago, fuelling concerns that the economy is about to contract again. Analysts had expected industrial production to rise in October but it actually fell by 0.8 per cent.

This is partly due to a fall in demand from the eurozone which is impacting upon British exports as seen by the poor trade data that showed the UK trade deficit is widening. The German economy is also showing signs of slowing with German factory output down by 2.4 per cent in September.

Economists expected manufacturing data to show growth in October and help support a further rise in GDP, building on the one per cent increase seen in the third quarter.

Instead, a huge 0.8 per cent drop in industrial output, coupled with a 1.3 per cent fall in manufacturing output is likely to contribute to a shrinking economy. Industrial output is now at its lowest point since the recession in the early 1990’s.

Howard Archer, Chief UK & European Economist at IHS Global Insight said: “This is a dire set of data. The 1.3% drop in output in October is far worse than expected and very worrying. It means that industrial production fell by a further 0.8% in October and is set to be a significant drag on GDP. Unless services output can enjoy a strong end to the year, it looks increasingly inevitable that GDP will suffer a renewed drop in the fourth quarter.”

The latest weak data comes after a poor set of purchasing managers index surveys for November in with the construction sector in particular showing a big drop in new orders and business expectations at a 47-month low.

As the Chancellor, George Osborne, announced his Autumn Statement to parliament on Wednesday, the accompanying predictions from the independent Office for Budget Responsibility (OBR) showed that it had downgraded its predictions for growth in the UK economy. It now expects the economy to contract by 0.1 per cent in 2012 and grow by 1.2 per cent in 2013. The latest data shows that even this could be optimistic.

David Kern, chief economist at the British Chambers of Commerce, said: "The decline in manufacturing was much larger than expected. The wider industrial production figures were also bleak, with a decline of 0.8% instead of the increase that was anticipated. The new data increases the risk that GDP will record a decline in the fourth quarter of the year."