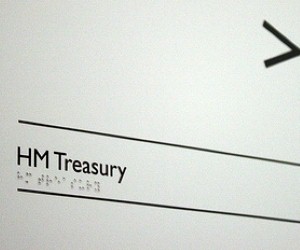 A major UK bank, believed to be Barclays, has been told to pay back tax of £500 million that it tried to avoid by using two loopholes.

Now the actions have prompted the Treasury to close the loopholes by way of retrospective legislation.

While Barclays has not been officially confirmed as the bank, the BBC said today that it has been told by several sources that Barclays is the institution at the centre of the clampdown. As yet, the bank has not made any comment.

One of the tax dodges being blocked allowed the bank to avoid paying corporation tax on the profit it makes from buying back its own debt.

The second scheme involved Authorised Investment Funds where the bank aimed to turn non-taxable income into an amount carrying a repayable tax credit, in order to reclaim tax that had not been paid in the first place.

The Treasury said this was “an attempt to secure ‘repayment’ from the Exchequer of tax that has not been paid”.

David Gauke, Exchequer Secretary to the Treasury, said that all of the UK’s big banks have signed a pledge not to get involved in tax dodging practices.

“The bank that disclosed these schemes to HMRC has adopted the Banking Code of Practice on Taxation which contains a commitment not to engage in tax avoidance,” he said.

“The Government wants to ensure that the tax system is fair for all and we will not allow those who seek to benefit from this aggressive avoidance to get an unfair advantage.”