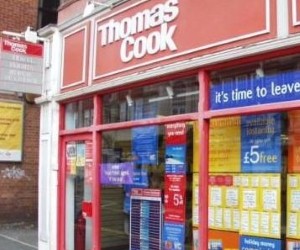 UK travel firm, Thomas Cook has seen a 65 per cent fall in its share price today after it admitted that it was in talks with banks about its requirement for an extended loan.

A spokesman said that the political unrest in Egypt and Tunisia and the floods in Thailand had severely impacted demand for its holidays and subsequent revenues.

The funding talks mean that the company has decided to delay announcing its full year results to the city until the talks have concluded.

Just last month Thomas Cook announced that it had secured a new £100 million credit agreement with its bankers. Negotiations this week are focusing on securing a further £100 million of credit. This would take the net debt of the company to more than £1 billion from its current level of just above £900 million.

However, it did say that the £100 million of funding secured last month took four to six weeks to arrange but that the situation is more urgent now. The company also amended the terms of an existing loan of £150 million and a credit facility of £850 million to help with cashflow.

The company said that no customer deposits or holiday bookings were at risk. All overseas holiday bookings with Thomas Cook are covered under the Air Travel Organisers’ Licensing (Atol) scheme which means that even if Thomas Cook goes under whilst holidaymakers are away customers will be able to get home without having to pay any extra.

Customers who just book a flight through Thomas Cook will not be covered under the Atol scheme and are advised to buy suitable travel insurance.

Overall, Thomas Cook shares have fallen by 95 per cent from their high of 205p per share in January 2011. Reports suggest that the company will shut 200 of its 1,200 High Street travel agencies.

Simplify your search for travel insurance.