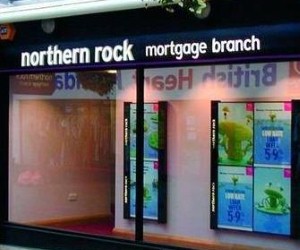 Northern Rock customers are to receive £270m in compensation

An estimated 152,000 Northern Rock Asset Management customers are to receive compensation as a result of mistakes made by the firm in keeping the correct records for customers that took out personal loans.

The total bill, estimated to be around £270 million will be paid by the taxpayer as this part of the bank is still owned by the government and was not part of the sale of Northern Rock to Virgin Money.

Staff at the bank failed to include vital details on annual statements about their loans, including recording details of the original amount borrowed.

A high proportion of the loans were added to customers borrowing when they took out Northern Rock’s Together mortgage which was widely taken before the credit crunch when customers were lent more than the value of the homes they were getting a loan for.

The rules governing what needed to be included on loan paperwork changed, but the bank did not implement the change after Northern Rock was nationalised in 2008.

UK Asset Resolution (UKAR) investigated and discovered the problem with the paperwork.

UKAR chief executive, Richard Banks said: "Northern Rock Asset Management is acting in accordance with its legal responsibilities and we are determined to do the right thing for customers and the taxpayer.

"We will be writing to all customers who are affected and advising them on next steps. We have not received any complaints or claims as a result of this matter and as far as we are aware it has not resulted in financial loss for customers."

A spokesman said that due to the errors it was possible that some customers could have had their homes repossessed for failing to keep up with capital repayments due. They could now get a refund but the solution and the number of customers affected in this way had not yet been worked out.

Customers who have been affected by the errors are to have all interest charged since October 2008 refunded. For customers who took out a loan of £25,000, this will be an average refund of £1,775.

Economic Secretary to the Treasury Mr Javid said in the statement: "Where redress is required, this will be made by correcting a customer's account balance to reverse the consequences of them being charged any interest over the period in which the documentation is non-compliant."