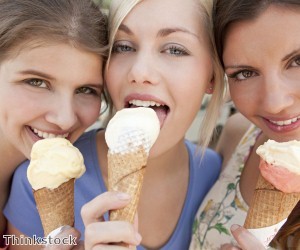 The hot weather has helped raise activity in the services sector

The vibrant UK services sector grew at its fastest pace for over six years in July, providing a major boost for the economy and adding to the evidence that the recovery is gathering pace.

Activity in the services sector reached its highest level overall since December 2006 before the first signs of the credit crunch and showed a much bigger gain than any economist predicted, prompting one to describe the data as "show-stopping".

Markit said the improved perormance was partly down to the fine weather and pick-up in the housing activity as well as increased confidence in the wider economy.

The services sector accounts for almost 80 per cent of overall economic output in the UK, so such a surge in growth has obvious benefits for the economy as a whole. Markit said the services sector is showing “genuine momentum”.

According to the latest Markit/CIPS Purchasing managers’ Index (PMI) report, the PMI rose from 56.9 to 60.2, the seventh consecutive month that the reading has been above 50.0, the level that indicates growth in the sector.

"There does appear to be a marked underlying improvement in activity under way, with the UK economic recovery genuinely moving to a firmer footing."

“With the corresponding manufacturing and construction surveys also seeing improved performances in July, it is looking ever more probable that UK GDP growth in the third quarter will top the 0.6% quarter-on-quarter expansion achieved in the second quarter. As a result, we will likely have to raise our GDP growth forecasts further,” he added.

Taken together, the combined PMI for all three sectors reached its highest level since the series began in 1998, prompting hopes that economic growth will accelerate in the second half of 2013.

Markit said that through the last seven months growth in activity has been accelerating as new work has come in at such a rate that firms have been struggling to clear the backlog, which has increased hiring of new employees for the seventh month in succession and has led to the highest level of backlogs of work since 2000.

Firms said that they are optimistic about future business levels, which has enabled them to raise prices to the greatest degree since June 2011.

Markit confirmed that sales levels have increased at the “strongest rate since November 2006”, helped by a clear improvement in market conditions, increased activity in the housing market and excellent weather.

David Noble, Chief Executive Officer at the Chartered Institute of Purchasing & Supply said: “The services sector stormed to a six year high in July, registering levels of performance not seen since before the financial crisis. Combined with the manufacturing and construction figures, this is the clearest sign yet that the UK economy is experiencing a broad based economic recovery and has the momentum to deliver continued growth.”

The respondents to the survey said “they are widely expecting the recent upturn in economic conditions to continue”. This means more firms are expected to invest and expand as confidence regarding future activity improved to its highest level for 15 months.

Markit said that the data, although only from one month, provides early evidence that the economy could grow by even more than the 0.6 per cent stated in the first official estimate of growth in the second quarter.

Paul Smith from Markit added: “However, a full and real recovery for many people will be one that results in meaningful job creation, a strengthening in real wages and an associated improvement in living standards which have been under substantial pressure in recent years.”