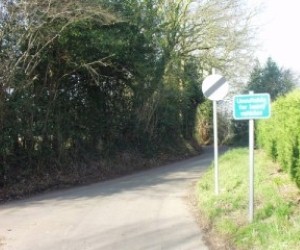 Broadband being stopped in its tracks in rural areas

The UK government's rollout of broadband internet in rural areas has been criticised by the National Audit Office (NAO).

The coalition had aimed to implement "superfast" broadband in 44 rural areas by 2015, but has now announced that the process is two years late, meaning that not only will just nine rural areas receive the high-speed internet by 2015, but four areas (Highlands and Islands, Cumbria, Norfolk and Suffolk) may also miss out on the new 2017 target.

In 2011, then culture secretary Jeremy Hunt had revealed that 90 per cent of the UK will have access to internet speeds over 24Mbps by May 2015, whilst the remaining ten per cent will have access to 2Mbps. In total £530 million was invested into the scheme. However, due to various EU approval obstacles, the programme is now two years behind. The NAO has said that for all 40 rural areas to get the internet speeds, it would now take at least 22 months longer than expected.

Amyas Morse, head of the NAO, said: "The rural broadband project is moving forward late and without the benefit of strong competition to protect public value. For this, we will have to rely on the department's active use of the controls it has negotiated, and strong supervision by Ofcom."

The NAO report further raised concerns that BT may be the only UK firm to win contracts for the rollout, meaning that it will gain £1.2 billion in public funds. Mr Morse also added that the scheme is probably going to cost the taxpayer more than what was originally estimated.

Last week, the Treasury announced that 95 per cent of UK properties would have access to superfast broadband by the end of 2017, meaning that the target has now been set after the next general election.