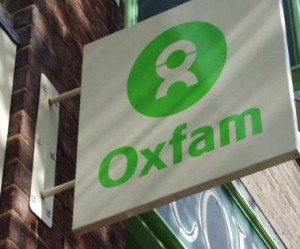 The scale of the squeeze on disposable income for UK residents has been put in the spotlight by Oxfam and the Church Action Poverty group.

The charities say that more than half a million people in the UK have used food banks on at least three occasions to help them to survive because they cannot afford food due to the rise in the cost of living, cuts to benefits and being unemployed.

The reports author said: "The explosion in food poverty and the use of food banks is a national disgrace."

The study found that the biggest factor linked to the increase was changes to the benefits system including changes to crisis loan eligibility rules, delays in payments, Jobseeker's Allowance sanctions and sickness benefit reassessments.

The report said: Up to half of all people turning to food banks are doing so as a direct result of having benefit payments delayed, reduced, or withdrawn altogether and changes to the benefit system are the most common reasons for people using food banks."

The two charities, backed by the Trussell Trust, are calling for an urgent parliamentary inquiry into the relationship between benefits and welfare reform changes and the growth in the use of food banks by people who can no longer afford enough food for themselves or their families.

The Trussell Trust, the UK’s biggest provider of food banks said it had seen 350,000 people use its services in the last year, almost triple the amount seen in the previous year. However, the new study says this number may have actually been 500,000 because numbers are not being effectively monitored.

It recommends that the government record and monitor the number of people experiencing food poverty in the UK to establish more accurate data.

The report found that underemployment, low wage rises and the increased cost of fuel and energy were further factors in the rise in the use of food banks.

Mark Goldring, Oxfam's CEO said: “Cuts to social safety-nets have gone too far, leading to destitution, hardship and hunger on a large scale. It is unacceptable that this is happening in the seventh wealthiest nation on the planet."

The report recommends that the government make tackling tax evasion a priority so that future cuts to benefits are not necessary and is highly critical of errors in the benefits system which leave claimants with no money through no fault of their own.

It also warns that the new benefits system of universal credit will make benefit payments monthly instead of weekly and could lead to an increase in the use of food banks as families run out of money towards the end of the month.

A spokesperson from the Department of Work and Pensions (DWP) said: "Our welfare reforms will improve the lives of some of the poorest families in our communities.

"The benefits system supports millions of people who are on low incomes or unemployed so no-one has to struggle to meet their basic needs, and the vast majority of benefits are processed on time every day."

Church Action on Poverty CEO Niall Cooper said: "The safety net that was there to protect people is being eroded to such an extent that we are seeing a rise in hunger. Food banks are not designed to, and should not, replace the 'normal' safety net provided by the state in the form of welfare support."

Imran Hussain, the head of policy for the Child Poverty Action Group, said: "It is a national scandal that half a million British people are now having to turn to food aid. It is a problem that has quickly escalated and shows that something has gone badly wrong with the safety net that is supposed to help families in need."