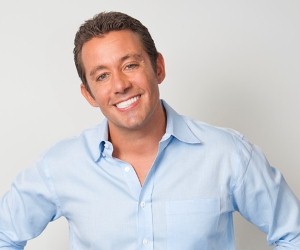 By Greg Secker, founder of Knowledge To Action

As a nation we're all coming round to the fact that we're going to need to provide for our own retirement. Pensions, the traditional, trusted and seemingly dependable retirement option, can no longer be relied upon.

According to the book “100 years of pensions” the basic state pension, which is 103 years old this coming January, was worth just 16 per cent of average earnings in 2009, compared with 26 per cent in 1980.  Indeed, people with private pensions today will be as much as 30 per cent worse off compared with those with similar savings who finished work in 2008. These stats are indicative of the ever decreasing value of both state and private pension plans.

Certainly efforts have been made to strengthen the pension option. Rules around how and when we can take our pensions have become more flexible. Indeed, a range of large scale initiatives have been put in place attempting to encourage British workers to begin paying into a plan earlier in their careers. In reality, these well intentioned efforts can do little to save the diseased pension system – its decline is terminal.

A range of alternative retirement options do exist. The long standing traditional substitute for a pension plan, the ISA, has risen in popularity in recent decades. Their tax free nature has seen huge amounts of increased interest, especially during these times of economic hardship. Indeed, you control when you take your money, you decide how you take your income and how much, and, as an ISA isn't subject to the same tax of 55 per cent as a pension pot upon death, your family can keep the lot.

However, the interest returns of ISAs have been heavily hit in recent years. Whereas in 2007, an ISA may have seemed like a highly attractive option, it has lost much of its shine as a result of recent economic developments. They are not quite the viable option they once were.

Property investment has also, despite the burst of the housing bubble in 2008, seen continued investment, especially in London and the South East, where growth has been continually strong. Certainly, a comfortable retirement can be secured through the development of a property portfolio.  This option is, however, inaccessible to the large proportion of people who lack a significant amount of liquid capital in order to climb the ladder.

The true alternative to the pension has always existed, and is highly accessible, but is perhaps less well publicised than the other options I have previously mentioned. Forex trading has provided me, and a huge number of my students, with the means with which to live a more than comfortable retirement.

Forex trading involves buying and selling foreign currency whose price is prone to regular fluctuation on a daily basis. Forex traders make money by predicting the way prices will change and trading the right to buy or sell at a given price.

This may sound very complicated, but when tackled in a proper manner, I genuinely believe that anyone who puts their mind to it can learn how to trade successfully. There are certainly qualities one can posses which would make them predisposed towards trading, but they are by no means rare, nor impossible to develop.

The ability to follow rules and apply advice is key, as is an individual’s commitment to trading. Whilst all traders will obviously have their good days and their bad days, it is vital that they don’t act without proper method or thought. A trader who favors their emotions over the knowledge, skills and techniques they have developed, will stand to lose. Most importantly, a willingness to learn and a good work ethic will take you far on the trading floor.

Forex improves retirement for those among us who may have retired too early or without proper planning. Many discover that the lifestyle they had become accustomed to during their working years is beyond their means in retirement. Additionally, these retirees have difficulty finding part-time work in today's economic malaise, especially when competing with all the energy that younger candidates can bring to the table.

Luckily Forex is one avenue open to all; anyone of any age can become a success if they apply themselves properly. Unlike most markets, not a lot of capital is required to get involved in Forex trading. Investing a relatively small degree of capital in property or stocks and bonds is impractical if not impossible. With Forex, however, it is not only easy to make enough additional income trading Forex but trading with small percentages of your account is also a prudent strategy to minimise possible losses.

At Knowledge to Action, my trader coaching company, there has been a staggering 900 per cent rise in people wanting to learn how to trade since the beginning of the economic troubles in 2008. Clearly, the recession has broadened the minds of those who had never previously considered trading a viable means of earning a living. The Forex markets are an option for securing comfortable retirement for everyone, you just need a little help getting there.