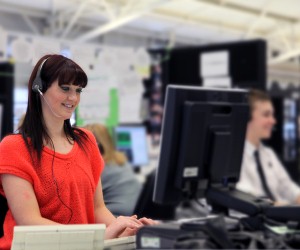 There have been almost 250,000 PPI complaints this year

The Financial Ombudsman Service (FOS) reports that it has seen a 30 per cent increase in claims so far in this financial year.

The FOS received 11,000 new compensation claims a week in the last three months of 2012 and has had to employ 1,000 new staff to deal with the deluge.

The continued rise in PPI claims means that it is likely that banks will need to set aside even more than the £12 billion they have already earmarked for PPI compensation claim payouts.

Lloyds Banking Group, who lost a High Court appeal against the Financial Services Authority against PPI mis-selling that opened the floodgates to the level of claims now being received, has set aside the most money for payouts at £5.3 billion.

Fellow state bank the Royal Bank of Scotland has made provision for £1.7 billion of PPI compensation and Barclays has earmarked a similar amount. In total it is likely that the total cost to UK banks will exceed £15 billion

However, though complaints about the mis-selling of payment protection insurance (PPI) continue to dominate the complaints, Natalie Ceeney, the chief financial ombudsman, says there has also been a big rise in complaints about catalogue accounts.

In total, the Ombudsman received 180,679 complaints between October and December 2012, more than it had received in every single year between 2000 and 2010.

However, with pressure still on household finances, the FOS says it has also seen a big rise in other types of consumer credit complaints.

Natalie Ceeney noted in the latest quarterly update from the FOS that: “Consumers have referred significantly more cases to us in the current financial year than any of us had forecast. This challenge shows no sign of abating.

“Many businesses are still reporting sustained high volumes of complaints, and are themselves working on the assumption that this will continue in the immediately foreseeable future.”

The FOS believes that because normal sourced of credit are difficult to obtain, consumers are looking for alternative forms of finance away from high street banks which has led to a rise in complaints linked to catalogue shopping accounts.

The FOS says that this is the third most complained about consumer credit product after hire purchase agreements and point-of-sale loans. The FOS is currently receiving 30 complaints a week over this issue which means it is on course for a 25 per cent annual rise in complaints about catalogue shopping accounts.

A spokesman said: "Many of the complaints we see have come about because the way consumers operate their catalogue accounts can be complex. Problems can arise, where different payment arrangements apply to different items.

"Or where consumers missed a payment and went into arrears, often because they hadn't realised their payment date was on a 28-day cycle rather than being on a fixed date each month."