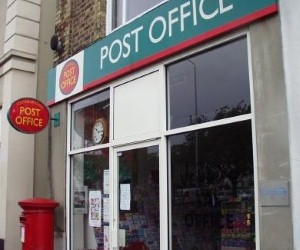 The Post Office is to launch a current account in the next few weeks and take on the traditional banking names on the UK high street.

It will use its network of 12,000 branches to offer customers one place in which they can perform all of their banking requirements. It plans to have current accounts available at all of its branches by 2014.

The move is part of the Post Office's attempts to expand its presence in UK financial services as it attempts to add to its existing success in the savings market where it has holdings of around £17 billion.

The Post Office plans to introduce its new banking service gradually and if it proves to be a success it will be rolled out across the country. It will be available in a few selected branches before a wider roll out in 2014 where it will offer current accounts at all of its 11,800 branches, making it the largest current account provider in the UK by branch size.

Banking commentators believe the move will benefit consumers by increasing choice and competition in the sector.

The banking industry has been criticised for making it very difficult for new entrant to enter the market. However, this could change with Tesco and Virgin Money also set to launch new current accounts and challenge the hegemony of the major banks.

On the Post Office's move, Kevin Mountford, banking specialist at price comparison website Moneysupermarket said: “It is great news there will be a new competitor to shake up the High Street giants, and good timing to ride on a wave of anti-bank sentiment where people are looking for a trusted alternative.”

Millions of people already use the Post Office network for various financial services including paying bills and collecting pensions, so the Post Office has a set of customers already familiar with their services and with 11,500 branches across the UK, it has more than all of the main UK high street banks put together.

It is already heavily involved in the savings account market and is a major supplier of currency for holidaymakers.

Even after a number of recent closures, most rural areas have a Post Office nearby and the Post Office serves 20 million customers a week and 99.7 per cent of the total population live within three miles of one.

With many banks and building societies shutting down branches in villages in recent years the Post Office could prove an attractive alternative to people who want a personal, local service.

Michael Ossei, personal finance expert at uSwitch.com, said: "This is great news that has been a long time coming. It will be particularly welcomed by those in rural areas as well as vulnerable groups such as the elderly that find it hard to get to a bank. Many have been recently hit by local branch closures, so this news should make life a lot easier."

The Post Office says this new initiative is the next part of its strategy of increasing the number of personal finance products it offers and to give its existing customers the opportunity to have all of their financial products under one provider.

Nick Kennett, direct of financial services at the Post Office, said: “We’ve carried out extensive research into the current account market and the findings tell us that customers want simplicity, transparency and good value for money.

“The Post Office is undertaking a significant transformation, providing more and more essential services to our customers across mails, government and financial services. The introduction of the current account is a further statement of this ambition.”

The current account sector is already offering some excellent deals and plenty of incentives to switch.

Both Nationwide and Lloyds offer generous interest rates on balances up to a certain level, rates of interest that traditional savings accounts and ISAs cannot beat in the current market.

New rules that will make it easier to switch current accounts in less time are being introduced in September this year. It is hoped that this will increase the number of people switching to better deals.

Under the new rules it will take a maximum of seven working days to switch everything over, instead of 18 days currently.

Recent data shows that just 3 in every 100 current account customers have switched bank accounts each year because they are worried about something going wrong and missing bill payments.