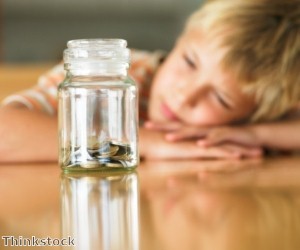 A recent survey carried out by a women’s financial website concludes that savers should be able to transfer funds from Child Trust Funds (CTF’s) into Junior ISAs.

The government has been criticised for the transition of CTF’s to Junior ISAs because now very few providers support the CTFs with competitive products because they have now been replaced by Junior ISAs and will eventually become obsolete.

Commissioned in time for the first anniversary of Junior ISAs on November 1st, the poll found that more than nine out of ten respondents believe that in order to make it easier for parents to save for their children and so that all children under the age of 18 have the same chance to get the best savings rates available, CTF balances should be allowed to be transferred into Junior ISAs.

With a Junior ISA, a parent or other family or friends can pay up to £3,600 into the account every year. This can be split between cash or shares and the interest earned is tax-free.

Sarah Pennells, founder of SavvyWoman.co.uk, said: “Parents can earn hundreds or even thousands of pounds in extra interest for their children if they’re savvy with their savings.

“I want the government to allow Child Trust Funds to be transferred to Junior ISAs to make it easier for parents to save and so their children – no matter which account they have – have an equal chance of getting the best savings rates available.”

Free guide to saving for children