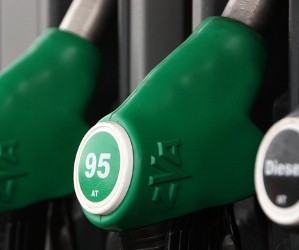 Petrol prices are set to rise by five pence a litre

Fuel prices in the UK are set to rise by up to 5p-a-litre in the next few weeks as a result of the weakening pound and a rise in wholesale costs, according to the AA.

The motoring organisation warns that the price of Brent crude oil has gone up dramatically in the last three months, up by almost 20 per cent to $107 a barrel, from around $88 at the end of April.

Brent crude oil is traded in dollars so current fluctuations have a stronger impact on the price UK motorists pay at the pumps.

This means that petrol prices in the UK are likely to go up from around 133p-a-litre at the end of May to over 140p-a-litre, the highest level for almost a year.

The rise will coincide with the school and summer holidays when many people drive more as they get away for their holidays.

The increase will take the cost of diesel to more than 145p-a-litre from its current level of 140p-a-litre, the highest price for diesel since March 2013.

Edmund King, AA president, said: “After the price of petrol stabilised at around 134.6p a litre through much of this June, and weeks were filled with beautiful weather and sporting excellence, it was perhaps inevitable that oil and fuel market speculators would cast a black cloud over what was promising to be a glorious summer.”