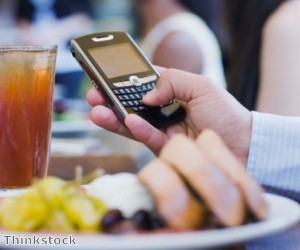 Purchases can be made by consumers through a simple PayPal app

Richmond in London has become the first area in the UK to use a new PayPal payments system, which will allow residents to pay for transactions using a profile picture.

The new app will recognise customers by their first name and picture using an app that means they can leave their wallets at home.

The mobile phone app uses the customer's first name and picture to make a payment, while the app will also highlight any nearby shops or restaurants that accept PayPal. The customer will then be able to 'check in' by clicking on the retail outlet, causing the customer's name and photo to then appear on the outlet's payment system.

The retailer will then click on their image and charge them the appropriate amount. The consumer will then receive an alert on the phone to let them know how much they have been charged.

Simon Harper from PayPal UK said: "We did a survey in May earlier this year, and that told us that a third of UK consumers would rather take their smartphone over their wallet when they left the house, so we're really tapping into changes in consumer behaviour and the way we want to shop."

As various companies continue to fight it out to develop a well-embraced digital wallet, PayPal has suggested that this new app will offer consumers a more personal experience. Retailers will be able to view other customer information such as recent and favourite transactions, meaning that the big data capability of such a service could be massive in the near-future.

Richard Garcia, owner of Cook and Garcia café who offers the service, said: "Customers don’t have to worry about having cards, cash or change, just their phones. It is the quickest transaction through the till, which means less queues and we never have to turn down a sale, both of which are great for business."

PayPal hopes to roll out the app to the rest of the UK, although no plans have been announced officially. The payments service also hopes to have 2,000 locations using the app by the end of 2013.

The app is currently available for iOS, Windows OS and Android phones.