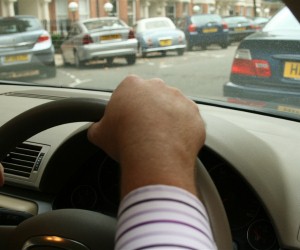 Over 20 million British drivers admit to multitasking behind wheel

New research from comparison site Gocompare has revealed that 72 per cent of British drivers, which equates to over 20 million people, have admitted to multi-tasking behind the wheel whilst driving.

The report highlighted the top five habits that drivers in the UK generally have. While driving, the most common activity people carried out as well was eating (69 per cent), followed by smoking (34 per cent) and speaking on the phone while holding it (31 per cent). The other two activities that rounded up the top five was reading a text message (30 per cent) and using a smartphone for directions (23 per cent).

Holding a phone in your hand or sending a text is very dangerous when on the roads, and under new legislation that will come into effect next month, people will be fined £100 and points on their license if they are caught in either act.

When dissecting the data further, it emerged that those aged between 25 and 34 were most likely to get distracted behind the wheel. In this age group, a mammoth 48 per cent revealed that they had either sent or read a text while driving, and even 32 per cent and 22 per cent had checked or written emails respectively when on the roads.

Scott Kelly, head of motor at Gocompare, said: "There's a considerable difference between bad habits behind the wheel and illegal ones. While smoking or eating on the road may just be ill-advised activities, finishing off a report, sending emails or making a call whilst driving could land you in financial and legal trouble."

Mr Kelly added that beyond the fines and points, the CU80 or TS10 convictions can even add to a driver's insurance premium in the future. Furthermore, a driving ban may even affect your future job prospects.