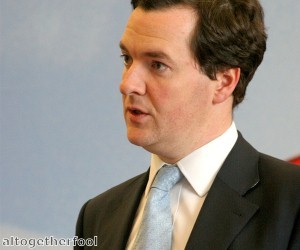 George Osborne has told the House of Commons Treasury Committee that he is open to the Bank of England scrapping its two per cent target for inflation.

This would represent a big change in monetary policy but Mr Osborne showed that after the tumultuous events of the past five years he is open to new ideas.

Mr Osborne was asked by the Commons Treasury Committee for his view of the incoming Governor of the Bank of England Mark Carney and his view that targeting growth targets rather than inflation could provide more benefits for weak economies.

The current policy is for the central bank to focus on planning for a two per cent level of inflation in a two-year horizon. This is the Monetary Policy Committee's central objective. Some economists believe this has not been the right policy in the current circumstances because it has stopped the MPC from injecting the stimulus required following the financial crisis.

However, other economists believe that the bank has ignored this in dealing with the crisis anyway as inflation has remained above two per cent in most of the period since the credit crunch in 2007.

Mr Osborne wants a debate to take place on replacing it with a target more focused on economic growth. This echoes comments made by  Mr Carney, who has suggested that central bank's should use GDP growth as a target rather than inflation as this will help the economy as a whole.

Mr Osborne told the committee that he wants academics to lead the debate on whether there should be an inflation target and on the future direction of monetary policy.

He said that a debate was "totally to be expected after everything that has happened to the international economy, and indeed to the British economy over the last four or five years".

Mr Osborne said that he believed the inflation target had "served the country well" and that any change would have to demonstrate "significant rewards".

He said that when the new governor, Mark Carney takes up the reins at the central bank when he takes over from Sir Mervyn King next summer, he wants Mr Carney to be part of the debate.

The Chancellor praised Mr Carney for his record in leading international debate and opinion” on central bank targets.

Mr Osborne said that he has no immediate plans to scrap the two per cent target which has been in place for nearly 20 years but that he welcomed a debate on its place within the future of monetary policy. He said any change in policy would have to be agreed by the government.