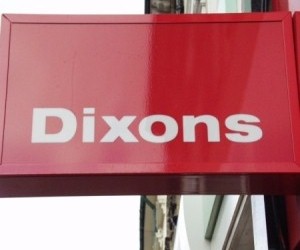 Three leading UK electrical retailers, Dixons, Comet and Argos have agreed to provide better information to consumers and improve the way extended warranties are sold following an investigation by the Office for Fair Trading (OFT).

If they do not adhere to the new terms then the whole of the electrical retailers market will be referred to the Competition Commission.

Other measures which will need to be adopted by the retailers are to set up a price comparison website so that shoppers can compare different deals for extended warranties.

Ann Pope, Director in the OFT's Goods and Consumer Group, said: 'Millions of extended warranties are sold in the UK each year and we remain concerned that, despite recent improvements, this market does not work as well as it could for consumers. We welcome the retailers' initiative in offering undertakings and we now want to hear from consumers and others whether they think these will lead to improvements.

'If these undertakings are accepted by the OFT it would allow us to address the competition concerns more quickly and also reduce the burdens of further, detailed investigation.'

The current rules that govern extended warranties came about after a previous investigation by the OFT in 2002. As a result shops must make it clear that buying an extended warranty is optional and there is a 45-day cooling off period in which the sale can be cancelled if the customer changes their mind after buying a warranty.

The OFT is concerned that customers are being pressurized into buying extended warranties at the point of purchase. In many cases the products could be covered by a home insurance policy or could be added to a domestic appliance insurance policy that can be taken out to cover a number of appliances such as laptops, washing machines, dishwashers and TV’s in the home. Most electrical goods come with a 12-month guarantee as standard.

Under the new plans set out by the OFT consumers can use a price comparison site to compare the best deals for an extended warranty and make the decision of whether to purchase one after the event rather than at the time of purchase, perhaps under pressure from a sales person at the store.

The OFT discovered that just 25 per cent of consumers looked around for a better deal on an extended warranty after the initial purchase.

The OFT estimates that around £1 billion of these insurance policies are sold each year with bigger profit margins than on the electrical goods themselves.

The OFT said that it expected to reach a final decision on whether to accept all the stores' proposals later in the spring.