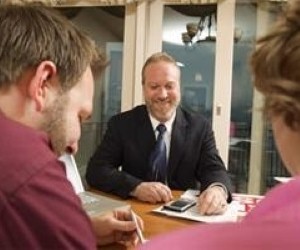 Numbers of available mortgages 'on the rise'

The number of mortgages available to consumers is on the rise, with an increase of 34 per cent since April 2012 when the Bank of England's Funding for Lending scheme came into effect, although there are still concerns over extremely high fees on many products.

These are the conclusions of a new report from moneysupermarket.com, which found that the number of mortgage products had increased from 2,458 to 3,288 over the course of a year, representing the highest number on the market since August 2011.

The number of 60 per cent loan-to-value (LTV) products on offer has almost doubled, while 80 per cent LTV products have seen a 48 per cent increase and 75 per cent LTV mortgages witnessed a rise of almost a third.

Fixed rate and tracker mortgage rates were found to have fallen since April 2012, although the price comparison website warned that high fees remain commonplace on the mortgage market, citing the average fee on five-year fixed rate mortgages of 22 per cent as an example.

Moneysupermarket.com warned consumers that they would be well advised to take such a high price into account before investing in a mortgage as those products with the best headline rate may no longer represent the best deal once the fee is taken into account.

In spite of this, Clare Francis, mortgage expert at the comparison website, was quick to say that mortgage borrowers are going through a golden age, with a great variety of products on offer.

"Since the Bank of England's Funding for Lending Scheme launched last August, we have seen a significant increase in the number of new mortgage products on offer," she said.

"In addition, two and five-year fixed rate deals are currently at an all-time low. However, the thing to watch out for is the set up costs."