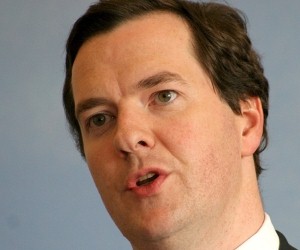 The UK economy has been "largely stagnant" over the last 12 months, with consumer spending set to continue falling, according to a leading thinktank.

In its latest forecast for the country's finances, the National Institute of Economic and Social Research (NIESR) suggested weak domestic demand will scupper any chances of a "meaningful recovery" in 2011.

Continuing pressures on household incomes caused by low wage growth and price and tax rises will mean a dip in consumer spending of 0.8 per cent this year, the study explained.

It went on to suggest the economy will grow by 1.3 per cent this year and two per cent in 2012, while consumer prices index inflation will fall from 4.2 per cent to 1.9 per cent over the same period.

This growth prediction is the organisation's second downward revision this year.

Unemployment will increase from 7.9 per cent to 8.3 per cent, it added, with mortgage lenders vulnerable to even a "modest" interest rate rise.

The report also contained a warning for Chancellor of the Exchequer George Osborne, claiming that his plans to slash the public deficit will not be realised on schedule under current policy.

"Weaker growth – and, in particular, weak consumer spending in the short term – are behind this," the report commented. "Public sector borrowing will shrink by only one per cent of GDP [gross domestic product] in 2011/12. The chancellor will miss his primary target of balancing the cyclically adjusted current budget by 2015/16 by around one per cent of GDP."

It added that Mr Osborne has time to address the issue by loosening fiscal policy as this would "improve prospects for output and employment with little or no negative effect on fiscal credibility".

Use the Myfinances.co.uk comparison tables to find the best deal on all types of insurance