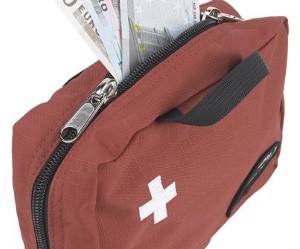 New research from comparison site Gocompare has revealed that 31 per cent of British travellers aged between the ages of 18 and 24 believe that they do not need travel insurance when they go abroad.

The report further highlighted that 46 per cent of those questioned admitted to genuinely forgetting to arrange travel insurance. The problem is so severe that 11 per cent of holidaymakers will be going away this year without taking a policy out.

Beyond trying to save money, the main reasons behind why people were opting out was a belief that insurers hardly ever pay out (50 per cent) and having claims turned down in the past (four per cent).

This means that many young travellers are putting themselves at risk of hefty medical bills. According to Gocompare some cost examples include a night in a private Spanish hospital ward setting you back £800, treatment for a broken ankle in Tenerife sitting at £7,000, one night in an intensive care unit in the USA costing £7,000, and a jet air ambulance from the Canaries to the UK worth £23,000.

Caroline Lloyd, travel insurance spokesperson at Gocompare.com, said: "The cost of medical treatment abroad can easily run into hundreds, if not thousands of pounds, and even an EHIC doesn't protect you from big medical bills in participating countries if you're taken to a privately run hospital or clinic rather than a state run medical centre.

"Young tourists who don't have travel insurance and are unfortunate enough to have a major accident or fall seriously ill abroad may find themselves stuck thousands of miles from home, clocking up massive medical bills with no way to get home."

Ms Lloyd concluded that the British government will not cover medical bills and a lack of insurance may only lead to family members or friends having to fall into debt for accidents abroad.