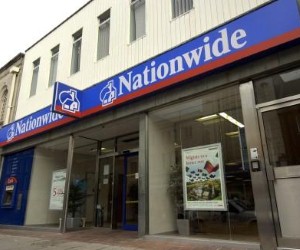 Homeowners with plenty of equity can benefit from some of the lowest ever fixed rate mortgages from Nationwide.

The building society has announced a number of new products including a two-year fixed rate mortgage deal at just 2.24 per cent for borrowers with a 60 per cent loan-to-value (LTV) ratio. This product comes with a fee of £900 but this is reduced to £400 for first-time buyers and the rate is reduced to just 2.14 per cent for existing borrowers.

Existing customers who are remortgaging will receive a free standard valuation and the choice of either free standard legal fees or £250 cashback.

There are cheaper two-year fixed rate deals available but they come with higher fees which means that Nationwide’s deals are competitive when you look at the overall cost of the mortgage.

The same offers on legal fees, valuations and cashback are available on most of the rest of the new mortgage products.

For homeowners looking for a longer term fix, Nationwide’s five-year fixed rate deal comes with a rate of 2.89 per cent if you have a 40 per cent deposit or 2.79 per cent for existing borrowers. The fee is £900 or £400 for first-time buyers.

Nationwide FlexAccount, FlexDirect or FlexPlus current account customers can access an exclusive four-year fixed rate deal which has an interest rate of 2.49 per cent or 2.39 per cent if you already have a mortgage with Nationwide.

Customers are permitted to make overpayments up to a maximum of £500 per month on fixed and tracker mortgage deals.

Tracie Pearce, Nationwide's head of mortgages, said: "I'm pleased to announce that we have reduced rates on all fixed rates and tracker rates for those customers with at least a 30 per cent deposit.

"The cuts of up to 0.10 percentage points could benefit those buying a house or remortgaging. In particular, our three year fixed rate mortgages available to 60 per cent LTV at 2.49 per cent are now among the lowest rates in the market."