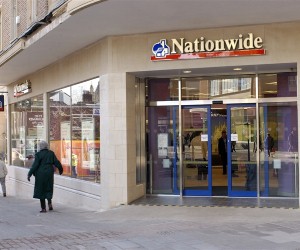 The Nationwide Building Society has been given a reprieve by the regulator to improve its capital position.

The Prudential Regulation Authority (PRA) said on Friday that Nationwide has until the end of 2015 to meet the new capital requirements.

Nationwide now has until the end of 2015 to meet the new capital leverage ratio and it will not be required to raise fresh capital and will be allowed to continue to follow its organic growth strategy.

Unlike the Co-op, which has been forced to issue shares to help raise funds, the Nationwide said it was committed to staying a mutual building society.

However, the Co-operative Bank is still required to meet its £1.5 billion capital shortfall at an earlier date. It will fund this by selling its insurance business and by turning 15,000 retail bondholders assets into equity in the bank, a move that will see investors lose up to 60 per cent of the value of their holdings.

It has launched an independent review into the events leading up to the capital crisis.

The capital positions of both financial institutions were published at the end of June as part of a review of the whole industry to try and ascertain the overall financial health of the sector. The PRA found that there was a total capital shortfall of £27.1 billion.

The PRA introduced a calculation that attempts to show the leverage ratio. This rule has been fiercely argied over by Nationwide and Barclays. Nationwode claims the PRA did not insist that its ratio be lifted from two per cent to the internationally-recognised level of three per cent.

The Co-op was accused of holding investors to ransom by withholding £7.2 million of payments to bondholders that is due to be paid at the end of this month.

Its decision to stop payments on the 13 per cent coupon, until it concludes restructuring its debt in September has upset many investors.

The announcement came as the Co-op appointed Sir Christopher Kelly to take on a review of how the mutually-owned bank has been left with such a large hole in its balance sheet.

Kelly, who used to work for the Treasury and was also in charge of the Financial Ombudsman Service, will start in September and look at the management, corporate governance, culture and accounting practices that went on at the Co-op to try and find clues as to what went wrong. He will also look at the role of auditors KPMG.

Kelly will focus on the ill-fated acquisition of the Britannia Building Society in 2009, which led the Co-op to take on huge amounts of bad property debts and reduced the amount of capital available to the bank and the review will be finalised in time for next year's annual meeting in May.